Gov. Andrew Cuomo remained noncommittal today about the State Senate’s plan to allot $540 million to the city to fund universal prekindergarten and after-school programs, telling reporters that Mayor Bill de Blasio will have to vie with other municipalities for a pot of state money.

While Mr. de Blasio praised the senate yesterday for its proposal and appeared to back away from his oft-repeated demand for a tax increase, Mr. Cuomo was not as enthusiastic about the senate’s budget plan.

“We will do it statewide. The state will pay. There will not be a predetermined amount per city. What I have said is we will fund all the cities to the extent they can operationalize an effective plan and when they can operationalize that plan,” Mr. Cuomo said after a budget speech at an Association for a Better New York breakfast in midtown. “It’s not about 500 in New York City versus 100 in Buffalo versus something else in Albany. I want to do it a different way.”

“Nobody gets a predetermined amount,” he continued. “It’s in essence a first-come-first-serve and I want to use that competition to get them to bring the units online quickly. The mayor of New York City says he’s ready to move quickly, other mayors of other cities say they are ready to move quickly. I want to get it done as quickly as possible, I’m saying, ‘Fine, first come first serve.'”

When a reporter asked if Mr. de Blasio was being too aggressive in trying to get his pre-K program up and running later this year, Mr. Cuomo said Mr. de Blasio could come in and apply for state funds when he wanted.

“We will be able to satisfy and pay for the pre-K slots that are developed statewide but I want them to have a sense of urgency,” the governor said. “You know sometimes if you say to a city, ‘Well you have X amount,’ then now there’s no urgency for them to get it done and they know they have the money anyway, whenever they get it done. I want to do it the other way–there is no set amount of money for New York City under my plan.” 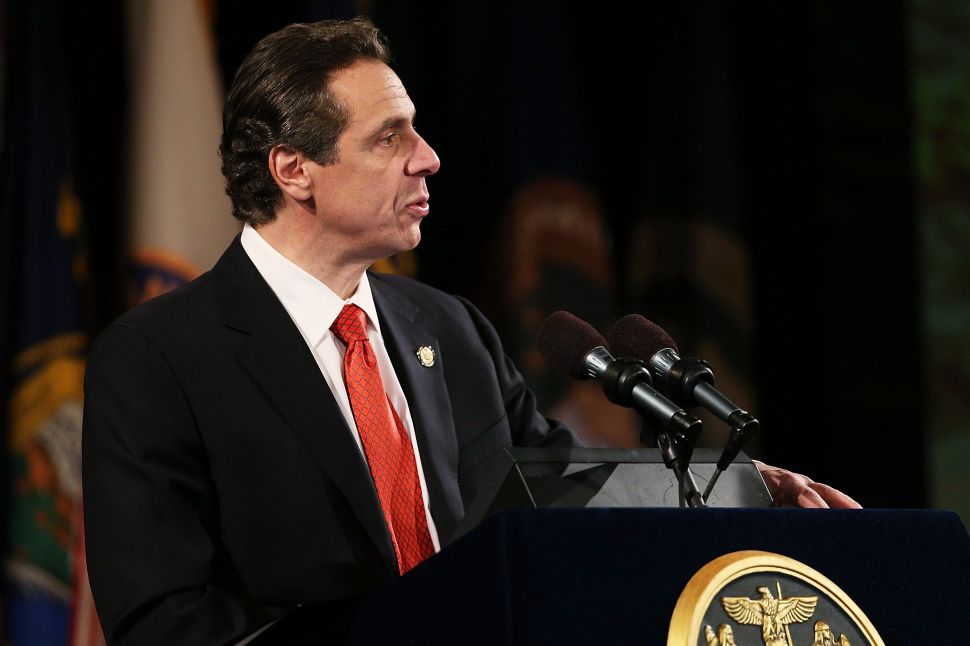