Universal prekindergarten? That debate is so yesterday’s news, according to the governor.

In a radio interview today, Andrew Cuomo repeatedly glossed over the high-profile debate over pre-K funding–an apparent snub against Mayor Bill de Blasio, who has made a tax on high-income earners the signature issue of his new administration.

Instead, Mr. Cuomo argued the “main educational issue” in the new state budget, due April 1, will be the effort to “preserve the charter school movement” as it faces pressure from City Hall.

“I think the discussion on the charter schools is going to be powerful and is probably going to be one of the more controversial and complex matters that we wind up dealing with in the budget. We’ve been talking about pre-K for a long time but I think that’s pretty well established,” said Mr. Cuomo during an appearance on The Capitol Pressroom. He was addressing the one-house budget resolutions proposed by the state legislature; the Assembly has backed Mr. de Blasio’s tax plan while the Senate backed a significant funding boost for city pre-K and after-school programs without the tax.

Mr. de Blasio has repeatedly called on Albany to let New York City raise taxes on its highest income earners to fund its own pre-K and after-school programs, but Mr. Cuomo has balked and insisted he’ll fund the programs statewide without the tax. Mr. Cuomo reiterated this position today without mentioning Mr. de Blasio.

“What we want to do is what we said we’re going to do: We’ll have a statewide pre-K program; it’ll be funded by the state,” said the governor. “But that’s been established for a long time. The charter discussion is going to be new. And it’s going to be important. That will also be done in the budget.”

That “charter discussion” is the governor’s latest showdown with Mr. de Blasio, who issued a moratorium on charter school co-locations and has promised to charge some for using traditional public school space. Mr. de Blasio’s administration also recently revoked a handful of co-locations, where charter and regular public schools would have shared space in the same building, leading to charges from some charters operators that they’re under attack. Mr. de Blasio has countered that charter schools serve just a fraction of the city’s more than one million public school students and have occupied too much of the education debate.

Both Mr. Cuomo and legislative leaders in the State Senate have said they’ll work to fund space for charter schools displaced by the mayor.

“We’re not going to be in a situation where charter schools stop, okay? Not if I have anything to do with it,” he declared. “So I think that’s going to be one of the main topics in the budget.”

“Under Conference Leaders Klein and Skelos, the state senate’s majority has put forward an unprecedented commitment to fund free, full-day pre-K for every child in New York City, and after-school programs for every middle schooler. Their powerful support for our children and families – combined with Speaker Silver and the state assembly’s passage of a resolution last night that includes a funding stream in the form of a tax on the city’s highest earners – represents a new consensus sweeping across this state. We look forward to Minority Leader Stewart-Cousins and her conference backing these investments, as they did in their own budget proposal. We will work closely with our state partners to ensure we have the sufficient, secure and ongoing resources needed to invest in the children of this city.”

The original story has also been updated with a reference to the Senate resolution. 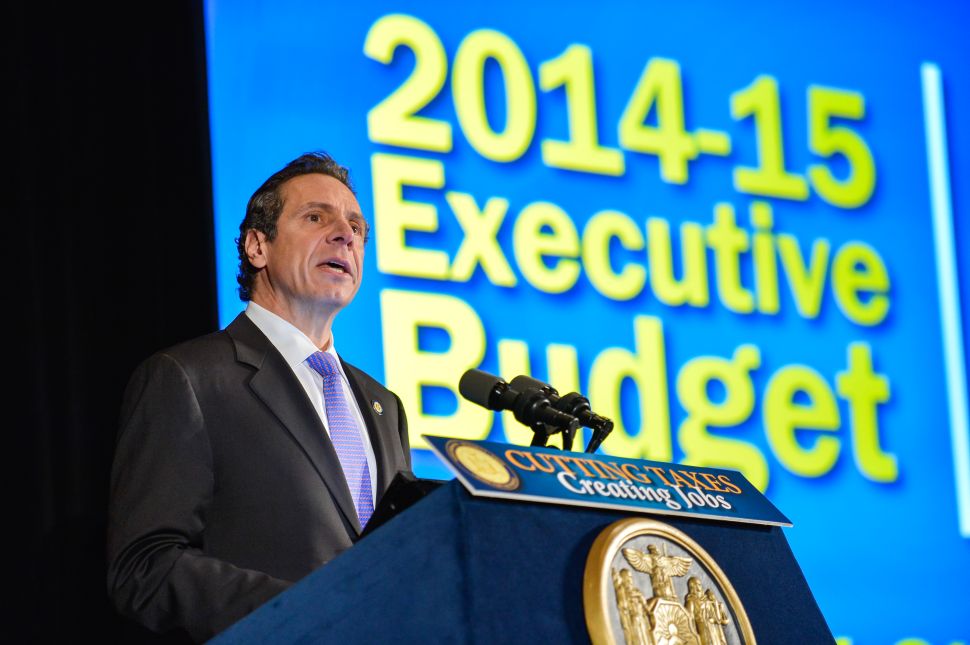