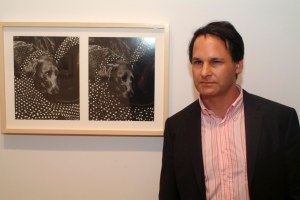 After more than 20 years at Sperone Westwater, director David Leiber has left the Bowery-based gallery. “David has told me that he looks forward to focusing on the secondary market and curatorial endeavors,” said Angela Westwater, who founded the gallery in 1975 with Gian Enzo Sperone and Konrad Fischer (who departed in 1982). Mr. Leiber, she added, is interested in dealing with artists and work that are “a little more historical.” Mr. Leiber, who joined Sperone Westwater in 1988, was not reachable for comment. (Update, March 21: The New York Times reports that Mr. Leiber will join the David Zwirner gallery.)

“People should understand that our relationship with David is very cordial,” said Ms. Westwater. She was unable to speculate on what the former director is specifically planning to pursue. Regarding opening a gallery of his own, Mr. Leiber once said, “Opening my own space was never a real question for me because I have always been able to work with artists whose work I feel completely committed to. I am happy to work with partners and in a team as a long as I have independence and curatorial input.”