Mayor Bill de Blasio today announced the appointment of respected city planner Mitchell Silver as the city’s new parks commissioner, hailing him as “a visionary” with “a passion for fairness and equality.”

Speaking at a press conference at Seward Park on the Lower East Side, Mr. de Blasio praised Mr. Silver, who is current the head of planning for the city of Raleigh, North Carolina, as someone who will lead the department in a more equitable direction.

“No one is more qualified to usher in a new era of expanded access to our parks and sustainability for our parks than Mitch Silver,” he said.

Mr. Silver, who was born and raised in the city, was equally complimentary.

“It’s certainly a pleasure to come home,” Mr. Silver told reporters, adding that the mayor, “had me at ‘hello.’

“Parks lie at the heart of New York City neighborhood life, in every corner of every borough – infrastructure as essential as housing, sewer lines and roads. The impact these spaces have extends far beyond their boundaries. It is for this reason that we commend Mayor de Blasio’s appointment of Mitchell Silver as the next commissioner of the New York City Department of Parks & Recreation,” she said. “Commissioner Silver’s expertise in planning and community development is an inspiring signal that the de Blasio administration acknowledges the essential role parks play in the health and development of our city’s neighborhoods.”

The announcement does not come as a surprise; news of Mr. Silver’s hire, first reported by Crain’s New York Business, broke last night.

View the city’s full release below:

NEW YORK—Mayor de Blasio today announced the appointment of Mitchell Silver as Commissioner of the Department of Parks and Recreation. An internationally-renowned planning director and expert who has worked extensively on parks policy, Silver will be tasked with bringing a holistic perspective to New York City’s parks and city infrastructure, while also expanding access, sustainability and public health initiatives throughout the city’s 29,000 acres of parkland.

From his early days in New York City’s Department of Planning to his work as Chief Planning and Development Officer and Planning Director for the city of Raleigh, NC, Silver has consistently made the expansion of parks and open space a central part of his planning vision for sustainable, healthy and livable cities. As author of the 2030 Comprehensive Plan for development in Raleigh, Silver focused largely on expanding parks and greenways to address recreational and transportation needs, while emphasizing the need to develop parks and open space in tandem with affordable housing. In New York, Silver played a central role in formulating the “Harlem-on-the-River” plan, where he helped redesign a site originally pegged for a hotel development and turn it into a $20 million park. An innovative leader in urban planning and design, Silver has successfully transformed the landscape of large urban areas, small towns and urban-suburban communities undergoing periods of rapid growth.

Throughout his career as a planning director and consultant, Silver has focused on improving the quality and accessibility of open spaces in low-income communities, using outside-the-box ideas to integrate parks planning with public health, and focusing on ways to better protect communities through green infrastructure and planning. As parks commissioner, Silver will be charged with bringing the de Blasio administration’s vision of equity and sustainability to the city’s public parks, playgrounds, community gardens and nature centers. Silver will lead DPR efforts to match community needs with park services, introduce innovative health and sustainability initiatives, and ensure equal services and access are provided to residents in every city neighborhood.

“Anyone who has lived near one of our city’s parks knows the value of a nearby swing set for their child or a safe dirt road for their morning jog. Our city’s green spaces serve as gyms, classrooms, and commuter paths for millions of New Yorkers each day – and no one is more qualified to usher in a new era of expanded access and sustainability that Mitchell Silver. With Silver at the helm of DPR, we’re confident that every neighborhood park, in each of our boroughs, will be well-maintained, safe and easily accessible,” said Mayor Bill de Blasio.

“This city’s parks, athletic fields and beaches all provide a unique, public space for education, physical exercise and recreation — and I look forward to expanding these opportunities to even more of New York’s residents. From Van Cortlandt Park to Coney Island Beach, every green space in this city deserves constant care and innovation—and I’m honored to lead the department as we pursue the Mayor’s vision for equal and expanded quality access to parkland in every neighborhood,” said incoming Parks Commissioner Mitchell Silver.

Mitchell Silver is a renowned planning expert who has made the expansion of parks and open space a central part of his vision. Currently the Planning & Development Officer and Planning Director for the city of Raleigh, North Carolina, Silver oversees an enterprise that includes 230 employees, three departments (City Planning, Community Development and Inspections) and four offices (Transportation Planning, Economic Development, Development Services and the Urban Design Center). Silver authored the 2030 Comprehensive Plan for development in Raleigh, and spearheaded “Walk Raleigh,” a plan to encourage healthier living and walkability in the city.

Silver is also currently a lecturer at the Harvard Graduate School of Design, and a Principal at Mitchell Silver and Associates, where he offers services in project management, neighborhood planning, best practices, and implementation strategies. Silver has served as Deputy Director for the Office of Planning in Washington, DC, where he was responsible for managing the Long Range Planning Division, and as Business Administrator for the Township of Irvington, New Jersey, where he focused on township policy and procedures, crisis management, negotiating contracts, and addressing constituent complaints.

In New York City, Silver served as the Manhattan Borough President’s Urban Planning, Design and Policy Specialist, as Director of the Manhattan Borough President’s Northern Manhattan Office, and as a City Planner in the New York City Department of City Planning. Silver played a central role as an expert consultant in the formulation of the “Harlem-on-the-River” 197-A plan, which materialized into the plan for Harlem Piers Park, redesigning a site originally pegged for a hotel development and turning it into a $20 million park.

Silver has written and spoken extensively about the need to integrate city planning and public health policy, the expansion of green spaces and recreational facilities, and the implementation of educational campaigns promoting walking and other outdoor activities. He was President of the American Planning Association, has been named one of the Top 100 City Innovators in the World by UBM Future Cities, and was named one of the top international thought leaders of the built environment by Urban Times.

A Brooklyn native, Silvers received his BA from Pratt Institute, and an MA in Urban Planning from Hunter College. He and his wife Mary have three children. 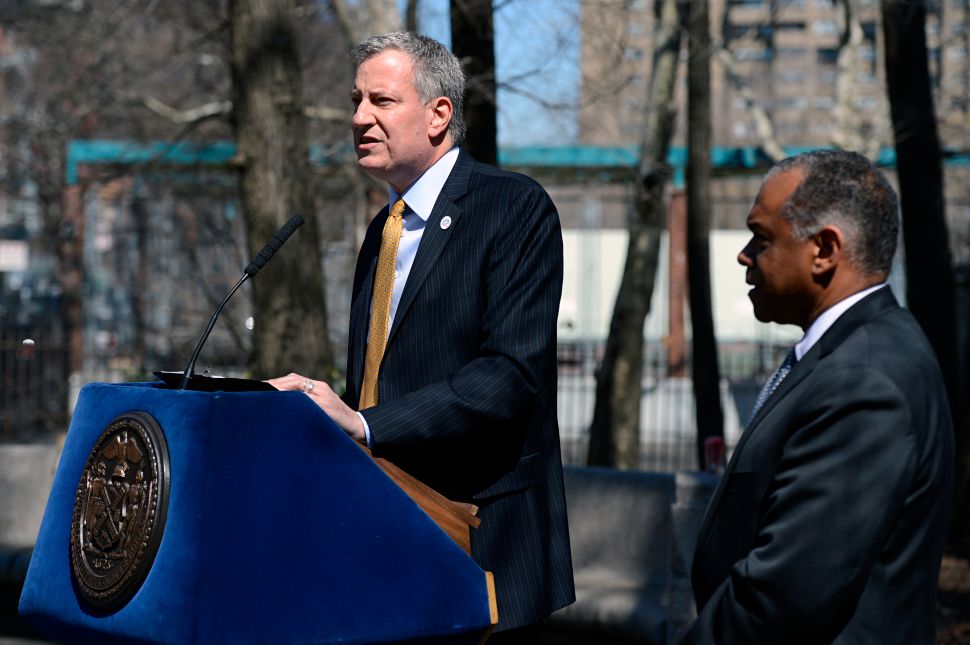