Mayor Bill de Blasio today brushed off a report that Gov. Andrew Cuomo has been meddling in the mayor’s efforts to build support for his plan to raise taxes on the city’s highest-income earners to fund universal pre-K.

One politician, speaking to the outlet anonymously, said they’d received a call from top Cuomo aide Joe Percoco asking “about my position in supporting Bill de Blasio’s proposal to fund universal pre-kindergarten and making a strong argument as to why the governor’s proposal was a better one. He was angry, that this is not the time to raise taxes. He didn’t want me to make any public statements supporting Bill de Blasio’s proposal for pre-K.”

Another reportedly described a call from someone close to Mr. Cuomo urging him not to contribute to UPKNYC, the 501c4 set up by de Blasio allies to raise money to promote the pre-K effort. Mr. Cuomo wants to fund an expansion state-wide using existing money instead.

But Mr. de Blasio, who has repeatedly insisted that he and Mr. Cuomo are close friends, didn’t sound all that concerned about the alleged attempts to derail the signature campaign promise that he has spent recent weeks working aggressively to promote.

“I don’t know the particulars. I think there’s tremendous support for our pre-K and after school plan. I don’t think pressure is going to stop a lot of legislators from supporting it,” he told reporters at an unrelated press conference in Brooklyn.

“So I wasn’t there for the conversations that are alleged,” he added, “but I don’t imagine that they had much effect because the level of support is very high, as we saw in both the Assembly and the State Senate.”

State lawmakers have until April 1 to pass an on-time budget with or without pre-K funding. 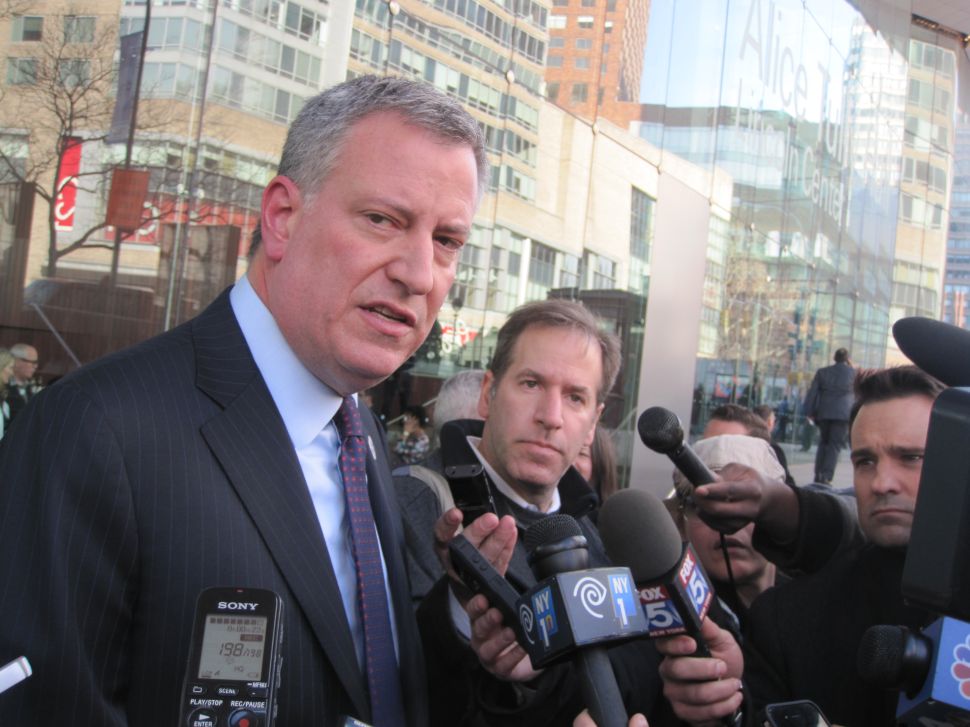