Mayor Bill de Blasio today said he would accept a check from Gov. Andrew Cuomo to fund universal pre-K in place of his signature tax on high-income earners–as long as the governor provides enough cash.

“We haven’t seen the final plan yet … And what I’ve tried to say is we need the verification here for New York City that we’ll have the money each year we need for five years,” said the mayor, speaking this morning on Morning Joe.

“I’ve 100 percent said, ‘If we have a verifiable plan for five years and the dollar figures we need, we can accept that,” he continued. “But I’ve also said that I don’t believe, given the vagaries of Albany–and you’ve seen them–that we’re going to have anything that’s verifiable and consistent as the tax plan we’ve put forward.”

Mr. de Blasio and the governor have been locked in a battle over how to fund the mayor’s signature program. Mr. Cuomo has pledged a blank check to fund programs across the state–arguing it would be unfair to restrict the plan to the city. The mayor and his allies argue the amount governor put forward in his preliminary budget proposal is vastly insufficient to fund the pace and scope of expansion he wants. Albany lawmakers have until April 1 to include the funding, unless the budget is delayed.

Speaking to reporters after a Crain’s New York Business breakfast, First Deputy Mayor Tony Shorris confirmed that the mayor and his team were open to accepting state money–as long as the amount provided matched the $530 million the proposed tax is supposed to raise.

“Look, from the beginning, we’ve always made clear that the objective here has been a significant funding stream that supports the $530,” Mr. Shorris said. “We need a stable funding stream that is not going to be one year at a time, that is going to be as close as we can get to permanent or long-term. So we proposed a tax as the best way to do that. But the principles have always been the same: significant, stable, predictable funding so we can make sure that we can deliver the pre-K and after-school programs that we need.”

A reporter pressed him on whether a state-funded plan still be considered a win for the mayor.

“Well the win for the kids is to have the programs and that’s what we’re looking for,” replied Mr. Shorris. “The kids need the programs: pre-k and afterschool. Long-term. At scale. That’s the win that we need.”

Up until now, Mr. de Blasio has repeated again and again that the only acceptable outcome would be a tax on the rich.
“I’ve always said I don’t bargain against myself. I have a mission. The people of this city have given me a mission, they’ve entrustd me with a mission to achieve this plan. I don’t worry about inside baseball. I don’t worry about political prognostications,” he said in January, for instance. “I have a mandate from the people to pursue this plan. I’m going to pursue this plan.” 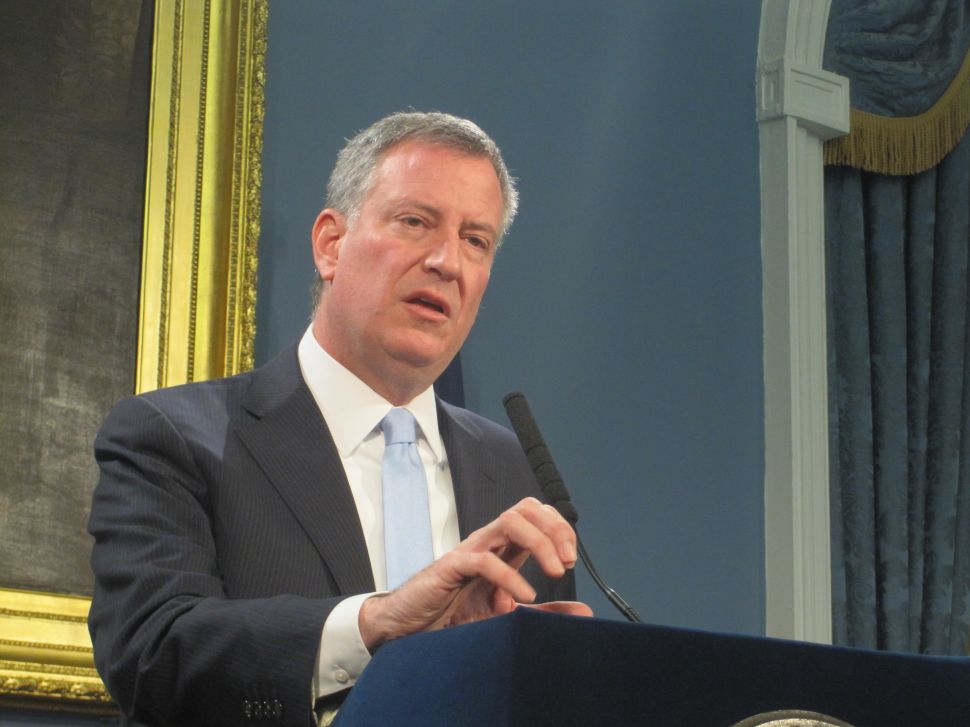