It was a truly historic, history-making, extremely historic, victorious moment in history.

In his first major press conference since the state budget deal was finalized over the weekend, Mayor Bill de Blasio repeatedly hailed the budget’s funding for full-day pre-K as “historic”–despite the fact that the money does not come from his proposed tax hike on the city’s wealthiest.

“This is truly historic. Sometimes the word ‘historic’ is thrown around; I can tell you one thing: This really is a historic moment for the children and families of New York City,” said Mr. de Blasio of the “incredible victory, the historic victory,” at a Citi Field press conference.

“This is one of the things that I came here to do as mayor. And now, when that vote is taken, it will be a reality. It is truly historic,” Mr. de Blasio gushed before throwing out the opening pitch at the Mets’ first game of the season.

The state legislature is expected to pass the budget deal hashed out by be the State Senate, State Assembly and Gov. Andrew Cuomo later today. According to the agreement, Mr. de Blasio will get $300 million a year to expand full-day pre-K programs across the five boroughs–most of the funding he said he needed.

“There’s going to be so much to celebrate,” Mr. de Blasio said of the occasion.

“When it comes to education, there are many victories here,” he further declared, glossing over other less-than-ideal outcomes for many of the other priorities of his agenda, including the tax on high-income earners, new limitations on his ability to restrict charter schools and less funding than he requested for after-school programs.

Mr. de Blasio even glossed over opening day itself, announcing that he was much more excited about the opening day of school. 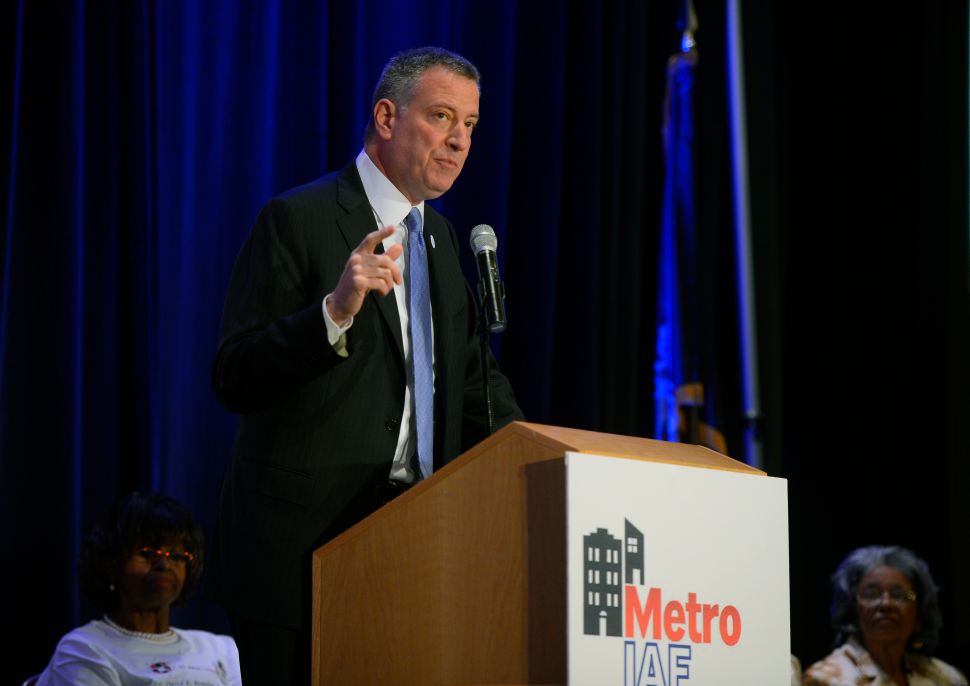