JERSEY CITY – As many as two dozen protesters converged outside of the Port Authority Wednesday demanding Gov. Chris Christie’s appointee to the agency board of commissioners step down from his post.

Walking in circles chanting “hey hey, ho ho, Samson’s got to go” and “whose Port Authority? Our Port Authority,” protesters demanded the chairman of the board of commissioners, David Samson, resign over what the protesters claim is the gubernatorial appointee’s conflicts of interests between his private law firm and Port Authority dealings.

“We point out in our ethics complaint at least four instances of Chairman Samson’s conflict of interests,” said Analilia Mejia, the executive director of the left-leaning New Jersey Working Families Alliance.

Mejia referred to the ethics complaint a coalition of New Jersey labor and other groups filed against Samson that charges him of using his position to benefit developers and other clients of his law firm.

Mejia and fellow protesters met outside of the Port Authority building Wednesday where Samson and fellow commissioners are meeting as part of their regular board meetings.

The Working Families Alliance is known to be one of the groups behind the recent string of protests at Christie’s town hall events across the state.

The governor criticized the protesters as being supported by big unions in the state who lost at the polls and were intent on grabbing media attention.

However, Mejia rejected the governor’s comments.

The Port Authority Board of Commissioners are slated to begin their regular meeting at 1:30 p.m. 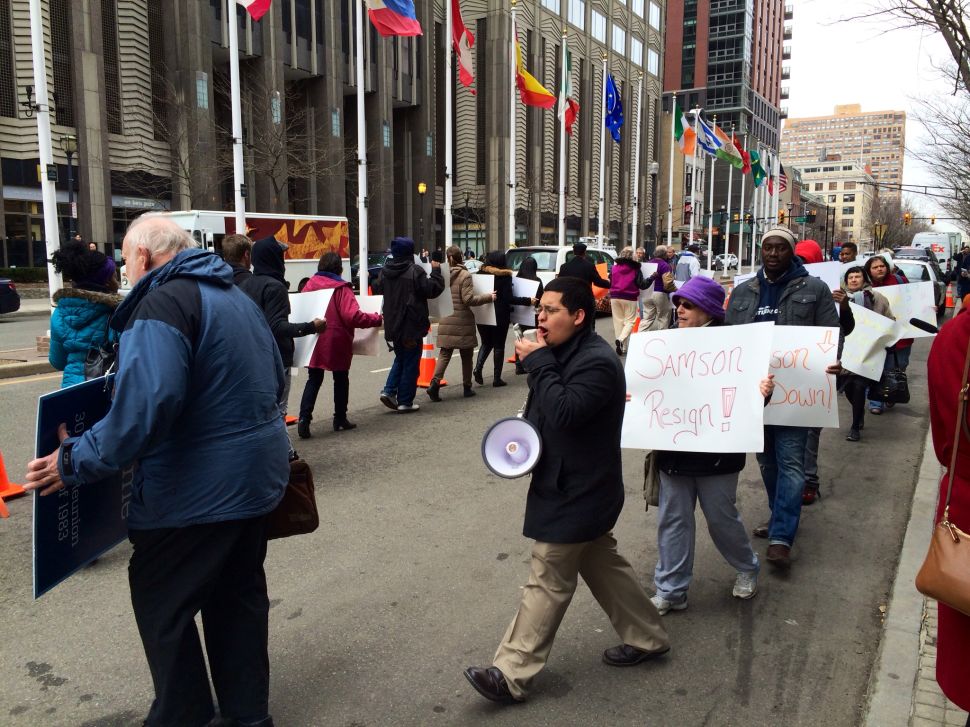