Right before they are all horribly murdered by a cartoon gun. (HBO)

You know how some people try to be edgy with their comedy, and sometimes it’s not even worth mentioning because Ugh, Who Cares; The World is Shit and Then You Die. I think we all kind of have a chronic case of that re: Lena Dunham and GIRLS, as in we give people a pass writing really terrible, half-hearted pieces about the show because in a weird way, some of us relate to the problem of coming up with new and creative ways to write the same thought pieces. (This was me during True Detective, by the way.)

Still, Ben Collins from Esquire, when you write about how the only way to “save” HBO’s GIRLS is to have four of the six main characters, chosen at random, exploded by a cartoon bazooka, a la Bullet Bill in Super Mario Brothers, I want to give you props for at least trying to be creative. But I can’t. Because you are A) Crazy and B) Not Funny and C) Trying way too hard.

According to Mr. Collins, he was once a supporter of GIRLS, but has since grown tired of what he describes as “just a bunch of idiots bumbling around New York City with no regard for anyone else on the planet, or the consequences that typically come along with it.” So in order to lend the show some gravitas, he wants to add giant bullets with mean faces on them to kill young women (and two guys! because he’s not sexist!) in a way that will reconcile the following:

A) They must deal with the actual, human problems of loss, grief and despair. And,

B) They must now work within a world where cartoon bazookas, like Bullet Bill, exist within their daily lives.

I’m sorry…is this fan fiction? What is this?

Here’s the weird part, Mr. Collins tries to justify this blood lust by saying it’s because he takes death so seriously and GIRLS doesn’t:

A couple of weeks ago, I was watching “The Act of Killing,” a documentary about the Indonesian genocide of suspected communists in the 1960s. The movie has a prominent Indonesian gangster reenact how he’d kill people in 1965. It is a devastating piece of filmmaking. When I reached the scene where the film’s subject finally starts to realize what he had done — one in which he retches and cries at the site of most of his killing — I got a text from a friend.

A half-hour earlier, I’d asked her what was happening on Girls. The text said this:

“Marnie and Ray broke up and Marnie is PISSED OFF. Jessa is bored. Went off with rehab guy. Adam got a role on Broadway and Hannah is worried.”

Nothing could matter less than what these assholes are up to at that moment. Nothing.

So obviously the solution, in Mr. Collins’ mind, is to inflict on the four 20-something young women a similar (but cartoonish!) sense of violence. So that it could be relevant. The way that all art, unless it reflects the horror of war, is irrelevant. 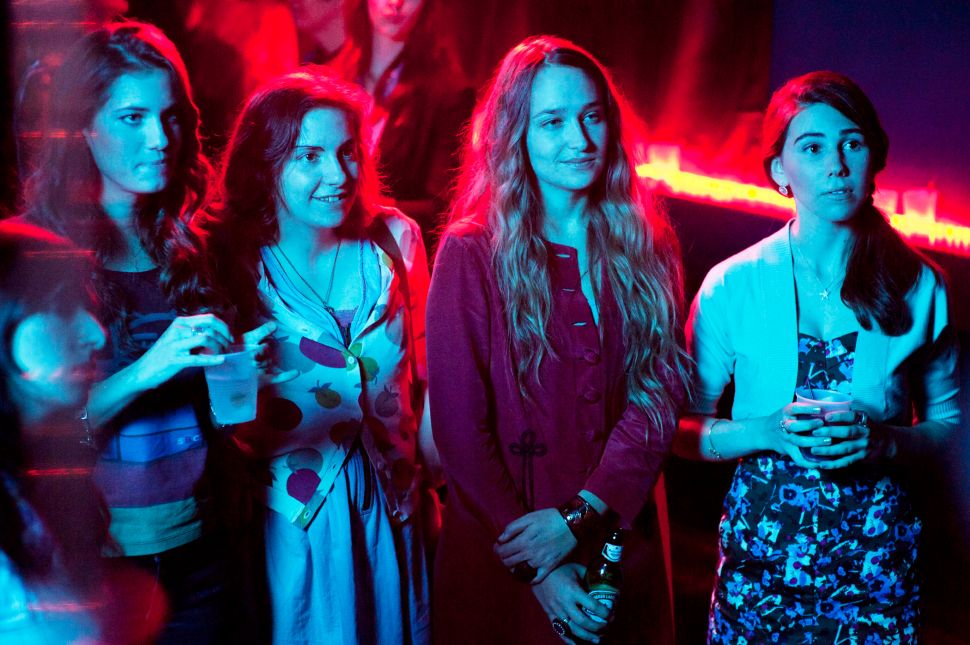