Simon & Schuster imprint Scribner, which published True Detective creator Nic Pizzolatto’s debut novel in 2010, bought investigative reporter and non-fiction author Ethan Brown’s book about the Jeff Davis 8, a case that has been cited as a possible inspiration for the insanely successful HBO show.

Mr. Brown spent two years investigating the Jeff Davis 8 case–an investigation into the eight prostitutes who washed ashore between 2005 and 2009 in the swamps and canals outside of the small Louisiana city of Jennings. The unsolved murders was thought to be the work of a serial killer.

But in an exhaustively reported, almost 8,000 word story that ran on Medium in January, Mr. Brown cast doubt on that theory and linked it to high-level corruption.

“My editor [at Medium], Mark Lotto, grasped the complexity of the story (eight unsolved homicides) but was adept at making it compelling and understandable to readers,” Mr. Brown told the Observer in an email. “And the enthusiasm and passion that Scribner, which published [Mr.] Pizzolatto, has already shown for the project makes me think that they’ll be as great a partner as Medium was.”

The longform story (Medium lists it as a 32 minute read) was one of the most popular so far on the site. Of course, the similarities to the plot of a hit HBO show that nobody can stop talking about certainly didn’t hurt.

The Observer first explored the connection to True Detective not long after the story was published. And it received a good deal of attention from other outlets: Vanity Fair‘s James Wolcott wrote about it, as did Jezebel.  True Detective creator Nic Pizzolatto called it an “important study of police corruption and a supposed serial killer in Louisiana” in a tweet.

Even the sheriff of the parish where these homicides occurred weighed in. In a blog post shortly after Mr. Brown’s story was published, Sheriff Wood railed against “out-of-town journalists trying to paint our parish with a broad brush that insinuates we are corrupt.”

Well, “time is a flat circle” and whatever else all the True Detective fans say. 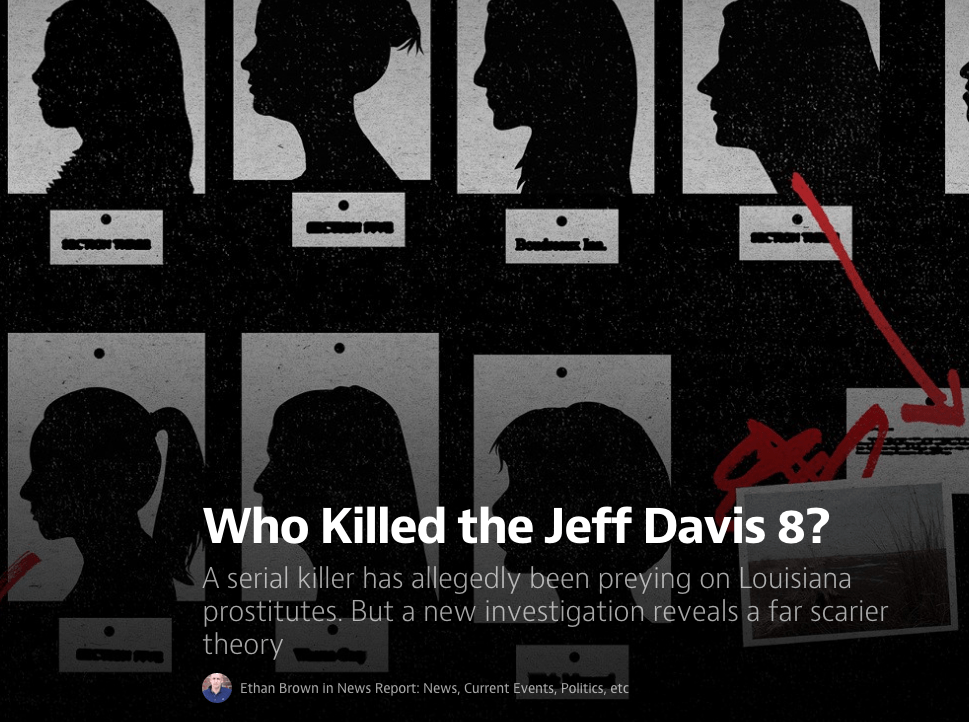