Like we really needed another reason to stay on this side of the Hudson.

An argument in New Jersey’s Cherry Hill Mall on Saturday ended with one shopper nearly biting another’s finger clean off. According to victim Tonya Knight, the fight began when Ms. Knight stole her assailant’s parking spot.

“I can feel she’s biting down. She let me go and I looked at my finger and said, ‘Yo, what the fuck? You bit my finger off,'” Ms. Knight told Philly.com from a hospital bed. “She said, ‘That’s what you get for taking the parking spot, you bitch.'”

Ms. Knight noted that she pursued the biter into a Nordstrom, but lost her in the mall. At this point, Ms. Knight’s finger was holding on by a thread.

“There was a lot of blood,” Ms. Knight told ABC. “I feel bad for Nordstrom’s because it was all over the floor.”

The alleged attacker is wanted on charges of aggravated assault. Meanwhile, Ms. Knight was treated for HIV and tetanus, and remains unsure whether she will be able to hold on to her finger.

“It’s on my right hand and I’m right-handed,” she said. “This could certainly change my job situation.”

As huge proponents of giving people the finger, all of New York wishes Ms. Knight a speedy recovery. 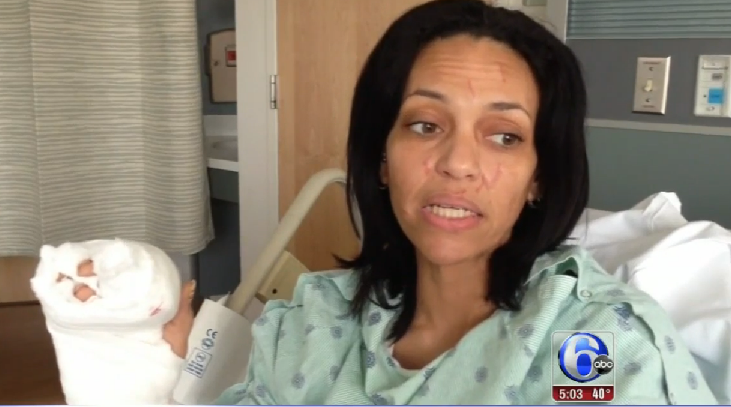