Don’t call it a comeback. Wait, actually do.

After the demolition of the original Thunderbolt–made famous by the movie Annie Hall– in 2000, the new and improved Thunderbolt will make its debut on May 22.

The new coaster will hit speeds of 56 mph, taking riders on a vertical lift and a nose-bleeding-inducing 115 foot vertical drop. It will also include a thrilling 100 foot vertical loop, the first Coney Island has seen since 1910, according to the Wall Street Journal.

“We have this fantastic machine, and are proud to set it up in Coney Island, the original playground of the U.S.,” Alberto Zamperla, president of the Italian manufacturer of the ride told the Journal.

Coney Island was originally home to one of the first vertical loop coasters ever built. The Loop the Loop, which was located at West 10th and Surf Avenue, was in operation from 1901 to 1910. It closed due to low ridership.

“The legendary Cyclone will now have a tremendous partner, and Coney Island will be better for it,” he said.

Catch a preview of what awaits you when riding the new coaster  in the video above, released by Zamperla USA last November. Not for the virtual weak of heart. 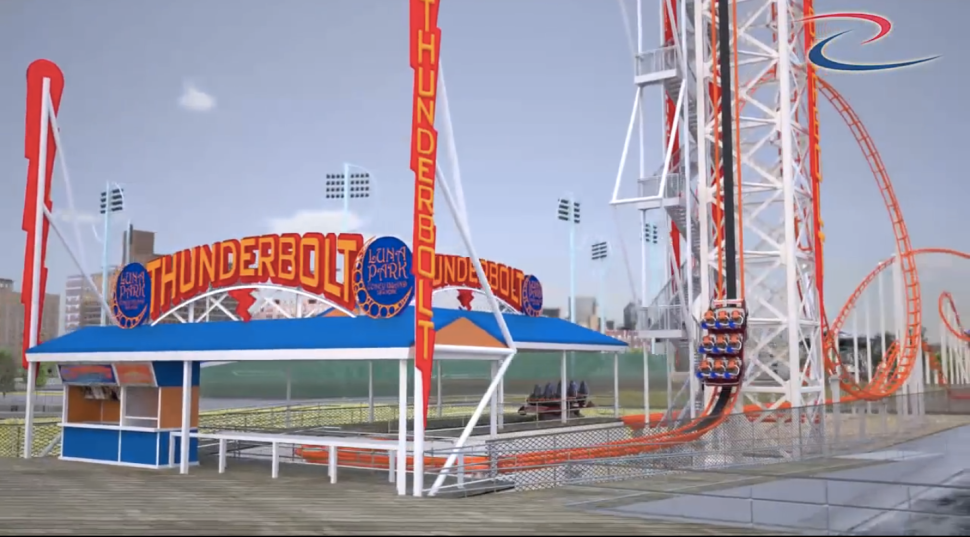