The living room, naturally, is “generous.”

According to the journalist Michael Gross’ new book House of Outrageous Fortune, a chronicle of the majestic—albeit parking-challenged—15 Central Park West, there was talk back in 2007 about combining a pair of three-bedrooms on the 14th and 15th floors to create an opulent duplex. The planned combination was to be the product of a kind of power bromance, cooked up by SmartFlyer owner Michael Holtz and ABC Home founder Evan Cole, friends who’d entered 15 CPW’s sales office together and emerged with one apartment each. Alas, Mr. Cole decided that he’d stay in Los Angeles after all and Mr. Holtz that he didn’t so much mind living downtown. Duplex abandoned, both men flipped their condos—Mr. Cole for $9.15 million to an investment manager from Chicago, later speculating to Mr. Gross that the buyers were “Goldman Sachs people…They’re probably smarter than me. I’m sure it’s worth millions more than they paid.”

We will not weigh in on the subject of Mr. Cole’s relative intelligence, but his former pad does appear to have appreciated. Last listed with Noel Berk and Liz Mercedes Berk for $13.9 million, the apartment has newly entered contract, according to Mercedes/Berk’s website. (The sellers are known in city records by the oh-so-alluring moniker of D and T Park LLC.) It seems a bit silly at this point to describe the deluxe frippery specific to one 15 CPW apartment or another, but for those of you just tuning in: The building’s features large and small are virtually unparalleled and Mr. Cole’s former place is no exception. There are a light-filled formal dining room and a generous living room and foyer. There are hardwood floors and the best in kitchenware, marble and molding for days. It’s a pretty solid spread, in other words, even without those three extra bedrooms.

A potential minor drawback? The views, which do not take in much of the building’s eponymous attraction. The Park, however, is apparently not for everyone. “It’s a static picture,” Mr. Cole said. “Central Park views are the most overrated thing ever.” And why fret about not having greenery out your window when you can have, you know, pretty much anything else you want? 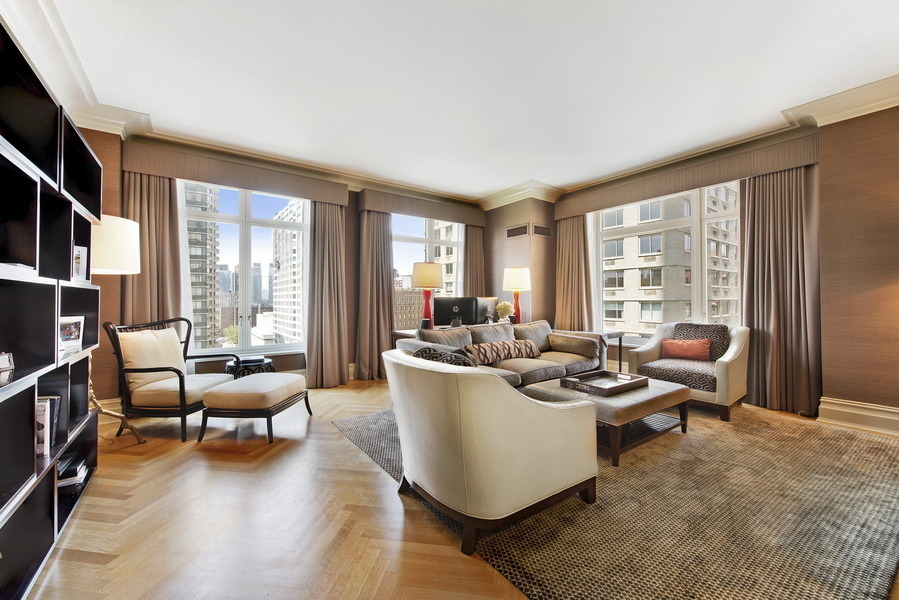