NEWARK  – The president of the Newark chapter of the Fraternal Order of Police today confirmed that the law enforcement organization has endorsed South Ward Councilman Ras Baraka in the Newark mayoral race.

The issue of public safety have been a major theme of the Newark mayoral race. Baraka has been criticized by Jeffries for writing letters used to request leniency for convicted gang leader Al-Tariq Gumbs at his sentencing in 2010.

Jeffries, who has noted on the campaign trail that he oversaw state law enforcement initiatives that led to a 26 percent reduction in recidivism for ex-offenders, criticized Baraka’s letter-writing on behalf of Gumbs.

But in January, Baraka told PolitickerNJ.com that stands by his decision to back Gumbs.

“Al-Tariq Gumbs helped us organize the first peace treaty in Newark [in 2004] where we had 250 gang members commit to putting their guns down. He wrote a book on how to keep their kids out of gangs,” Baraka said. “We wrote a character letter to help explain what he did for us in the community. And I’ll write it again.”

On Tuesday, Jeffries criticized Baraka for supporting the concept of regionalization of key city services, including the police department, saying that if regionalization was implemented it would lead to layoffs of city employees.

“We cant afford to have more cops laid off right now,” Jeffries told PolitickerNJ.com “During Mr. Baraka’s time on the council, the city laid off about 170 cops, which has led to our streets being much more dangerous than they need to be.”

Baraka told PolitickerNJ.com Wednesday night that he was not responsible for the recent Newark Police Department layoffs.

“I didn’t vote for that,” Baraka said. “Some of the other council members voted for that, but I didn’t.”

Stewart said that a statement from the FOP would be issued later today to elaborate on the organization’s reasons for endorsing Baraka. 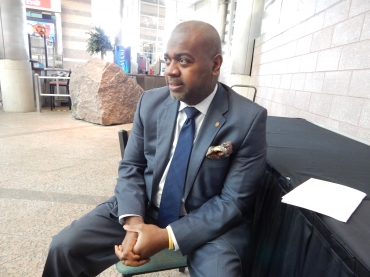