NEWARK – The deadline for petitions to run for council in the Newark municipal race, and thereby put all the slates in place, came and went Monday at 4 p.m. And when it did, two prominent Newark political names were nowhere to be seen.

After weeks of speculation, the name of Essex County deputy chief of staff and former state Assemblyman William D. Payne did not appear on a list of at-large candidates for the Newark mayoral campaign of former state Assistant Attorney General Shavar Jeffries.

According to a copy of a letter provided to PolitickerNJ.com by the office of Newark City Clerk Robert Marasco, former state Assemblyman Wilfredo Caraballo, Carlos Gonzalez and Linda Lloyd are listed as certified at-large candidates on the Jeffries slate. The letter, signed by Jeffries campaign manager Carl Sharif, requests that the three listed candidates be named under the same “All in for Newark” slogan and be bracketed together on the May 13 election ballot in support of Jeffries.

The former assemblyman, who is the uncle of U.S. Rep. Donald M. Payne, Jr., endorsed Jeffries last month and agreed to serve as the Jeffries campaign co-chairperson. Payne, a Democrat who represented the 29th Assembly district from 1998 to 2008, had reportedly taken out petitions to run for an at-large council seat.

When Jeffries announced his council slate last month, a sole at-large council slate spot was left conspicuously open. Speculation was high in Newark political circles in recant weeks that the former Assemblyman was on the verge of joining the Jeffries ticket.

The press conference that was to be held today by the Jeffries campaign involving the Paynes, members of one of Newark’s most prominent political families, was cancelled less than two hours before its scheduled start time.

Several sources have told PolitickerNJ.com that U.S. Rep. Payne, Jr. is facing pressure from labor union representatives to stay out of the race and focus on his own re-election bid.

While it was reported that William Payne took out petitions to get on the ballot, he did not submit them, according to the City Clerk’s office.

Another anticipated political move also did not come to pass when Newark Mayor Luis Quintana, after a reportedly high level of pressure from the mayoral campaign of South Ward Councilman Ras Baraka to join the Baraka campaign, did not join Baraka’s ticket.

According to a copy of another letter provided to PolitickerNJ.com by the office of City Clerk Marasco, At-Large Councilwoman Mildred Crump, Patrick Council and Eddie Osborne are listed are at-large candidates on the Baraka slate. The letter, signed by Baraka campaign manager Amiri Baraka, Jr. , requests that the three listed candidates be named under the same “Believe in Newark” slogan and be bracketed together on the election ballot in support of Baraka.

Baraka had told PolitickerNJ.com in January that he was in discussions with Newark Mayor Luis Quintana to join his ticket. The Baraka campaign also did not align itself with any of the East Ward candidates looking to unseat East Ward Councilman Augusto Amador, according to the City Clerk’s office.

“We have a strong candidate for mayor and a strong council slate,” said Baraka campaign communications director Frank Baraff. “We are moving forward.” 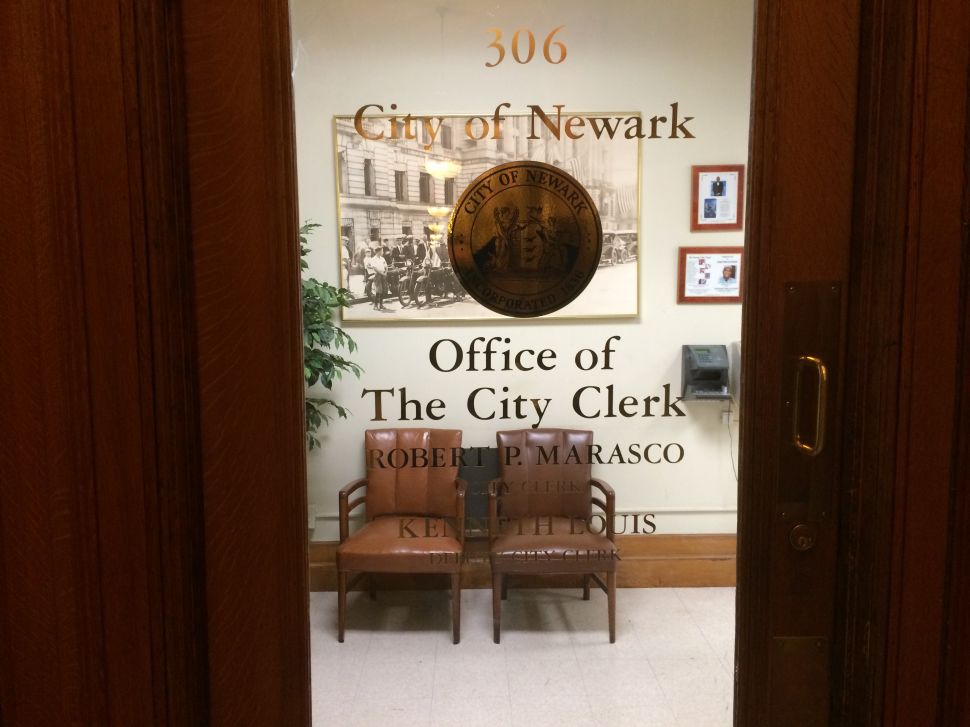