NEWARK – Former Newark Mayor Sharpe James emerged from the crowd at Monday night’s Newark mayoral candidate forum to say that soon, he would not be standing alone.

“I’m not going to sit on the fence. A candidate is communicating with me now. I’m involved with a candidate. Only one,” James, 78, Newark’s mayor from 1986 to 2006, told PolitickerNJ.com. “At the appropriate time, at his call, I will stand forth and give an endorsement and the reasons why.”

James would not say which of the two main mayoral candidates, South Ward Councilman Ras Baraka or former Assistant Attorney General Shavar Jeffries, he has been engaged in talks with in recent weeks. But if fashion is any indication of political proclivities, on a frigid weekday night, James was wearing the same style of wool hat with a prominent pom-pom on top worn by many Baraka supporters.

James did not seek re-election in 2006 in the face of a looming second mayoral election challenge from now-U.S. Sen. Cory Booker. He was convicted on federal corruption charges in 2008 and served 18 months in prison following his fraud conviction.

But James stated why he wants to leave his current behind-the-scenes role in Newark politics behind.

“I am very much concerned about the quality of life in our city,” said James on a day when three more people were shot and killed in New Jersey’s largest city. “This is a critical election, not only for the generation today, but for a generation yet unborn. We’ve learned from the past that whoever becomes the mayor of Newark affects the city’s quality of life for almost a decade. I will endorse.”

Baraka and Jeffries could not be immediately reached for comment. 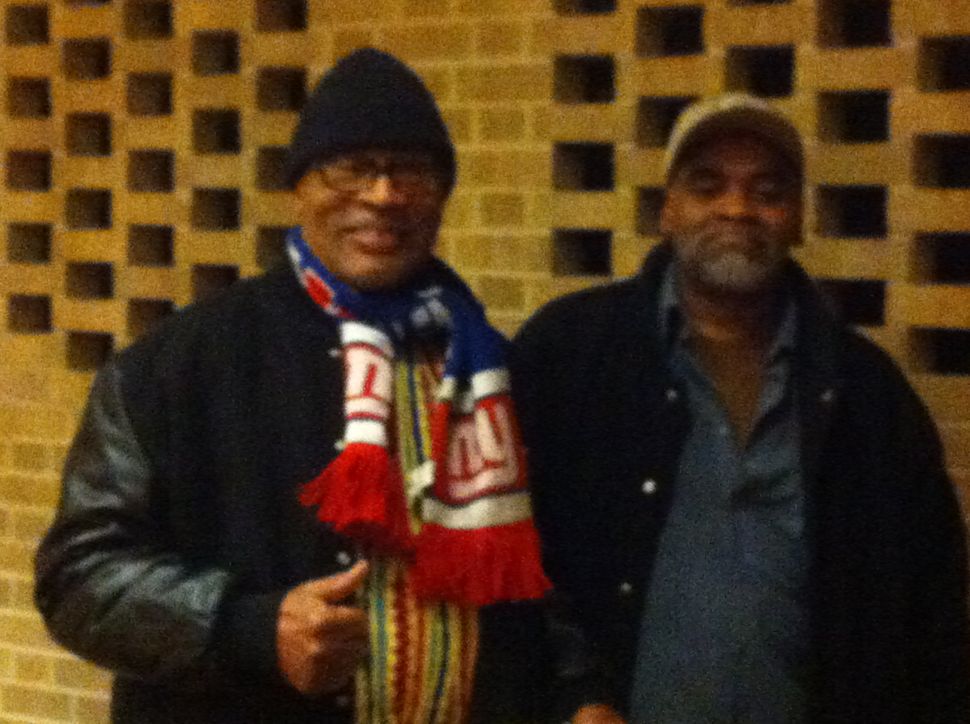