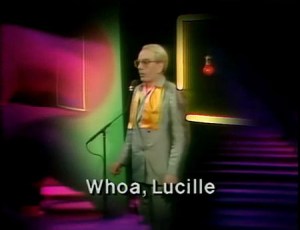 Over on Frieze‘s blog, journalist and critic Geeta Dayal has published a number of beautiful remembrances of the late, great Robert Ashley, the venturesome, pioneering composer who passed away last week at the age of 83. They come from people like Alvin Lucier, Rhys Chatham and Alex Waterman, who will direct three Ashley operas next month for the Whitney Biennial.

They’re worth reading in full, but here’s a great little bit from poet Kenneth Goldsmith:

“I always said, when he was alive, that Robert Ashley was America’s greatest living composer…He was an artists’ artist. But he paid a price for it. While Steve Reich and Philip Glass made millions at opera houses around the world, Bob premiered works at places like La Mama and The Kitchen right up until the end. It broke my heart.

“In my early 20s as a student, a professor of mine gave me a cassette of Perfect Lives. I was dumbstruck by its profundity and beauty. It hit me so hard that I became devoted to the avant-garde because of it. It’s no stretch to say that if not for Robert Ashley, there wouldn’t have been an UbuWeb today.”

The New York Times published its obituary for Ashley last week, quoting from a 1983 interview in which he explained why he designed his operas to appear on television: “I’m 53 years old,” he said. “If I were to wait for the Metropolitan Opera to give me a performance, I’d die first.”

Again, I’m going to highly recommend that you go read Mr. Goldsmith’s full piece—and all the rest of the tributes—on Frieze‘s blog.