This is a guest post from Gary Sharma (aka “The Guy with the Red Tie”), founder and CEO of GarysGuide and proud owner of a whole bunch of black suits, white shirts and, at last count, over 40 red ties. You can reach him at gary [at] garysguide.com.

This was my third year attending South by Southwest (aka SXSW) down in Austin, Texas. Every year it gets a little bit bigger and a little bit crazier with some people wondering if its gone overtly commercial and jumped the shark. But every year a TON of folks show up and have an amazing time cuz at the end of the day its really all about meeting interesting people and learning about cool stuff and SXSW has it all! 🙂

As I landed in Austin, the good folks @ Tagged had sent a car to pick me up. Hooray for the free ride & southern hospitality! The Texas sunshine was a welcome relief from the frigid, polar-vortexy New York weather we’ve been having all winter. And yeah, I could smell the Salt Lick BBQ already 😉 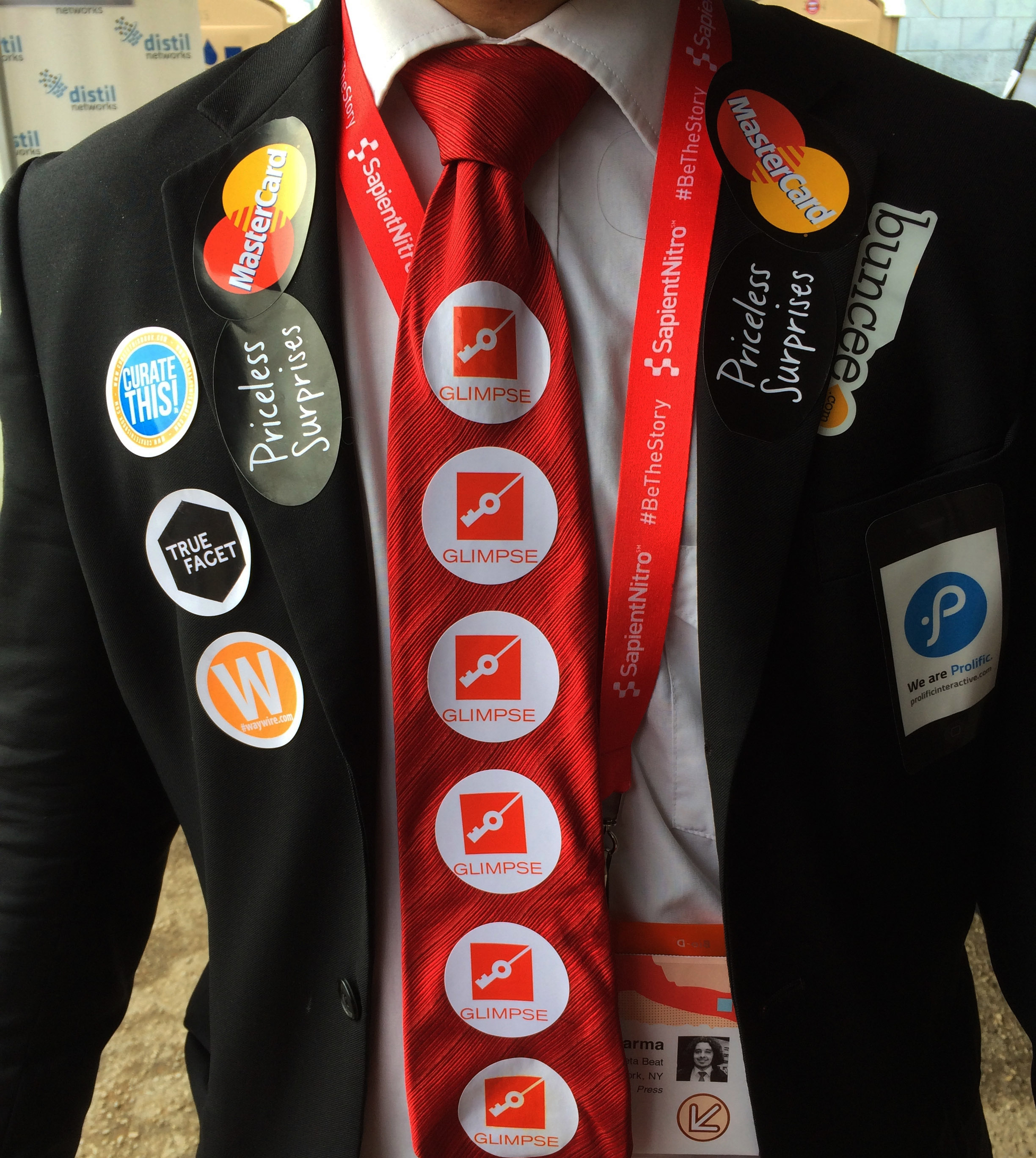 Big thank you to all my wonderful sponsors whose logo stickers adorned my Red Tie, Lapels & Jacket @ SXSW. And thanks to MasterCard for having me as one of their #PricelessSurprises giveaway prizes during SXSW. Quite an honor and it was fun spending a few hours with the folks from local startup Avai (who won an evening w/ me) and chatting w/ them about their business & mentoring them.

THE BREAKOUT APP
When you have tens of thousands of app-crazy tech & social media peeps descending onto the cozy confines of downtown Austin for 5 days, you have a perfect petridish for new apps breaking out. Twitter was the star back in 2007 and Foursquare & GroupMe have since held that crown. This year, as always, there was a lot of anticipation but no clear winner. My vote would probably go to hot new dating app Tinder which I noticed a lot of my friends were using 😉 (After all, we were @ Spring Break For Geeks!) Kudos also to NYC startup Splash which along with Eventbrite powered a ton of the events & parties.

THE MARKETING STUNTS
SXSW is never short on creative, marketing stunts though as it gets bigger, it also gets harder each year to break thru the noise. Mashable scored a big win last year with Grumpy Cat (who was back for an encore!) and this year they didn’t disappoint with the Miley-inspired Wrecking Ball 🙂

I ran into my old pal Miki the Monkey back in town promoting my friend Polina’s ‘kayak for ground transportation‘ startup Wanderu which won one of the awards @ SXSW last year (congrats on the funding!). HBO’s Game of Thrones (whose new season premieres in April) also had a strong presence bringing back their popular Throne Pedicab. 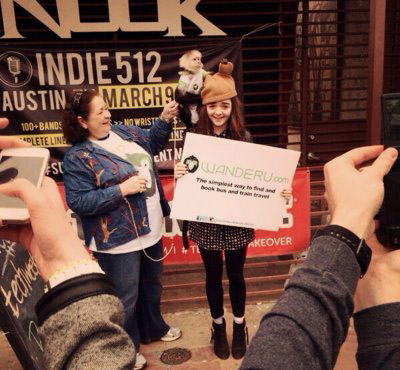 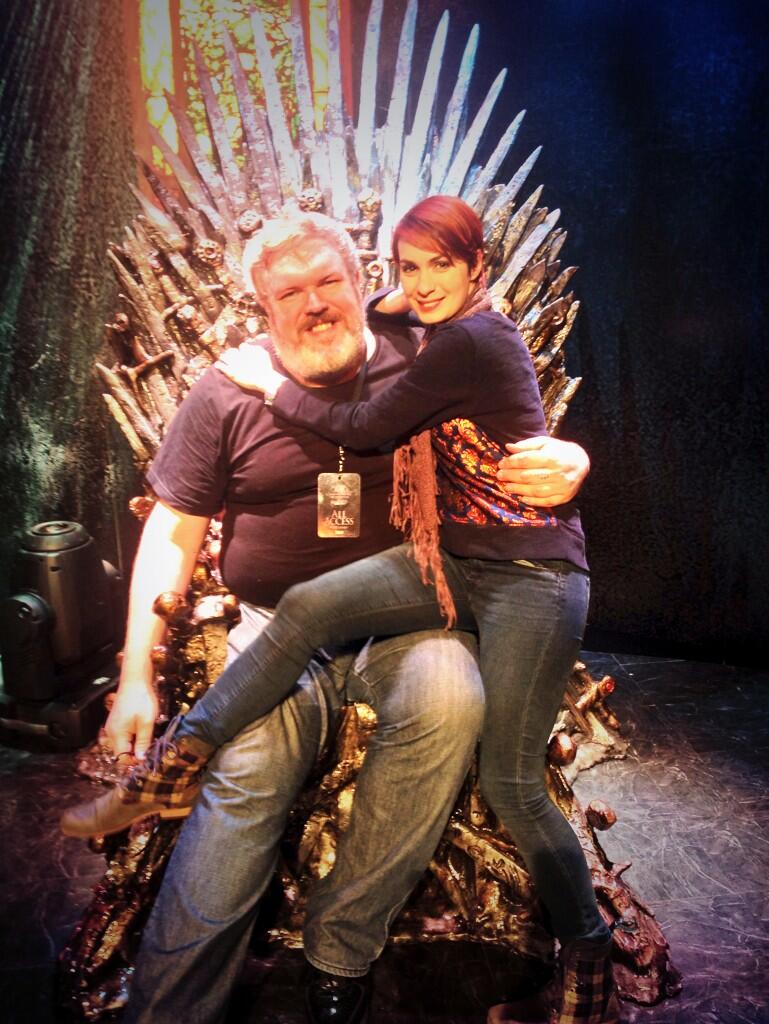 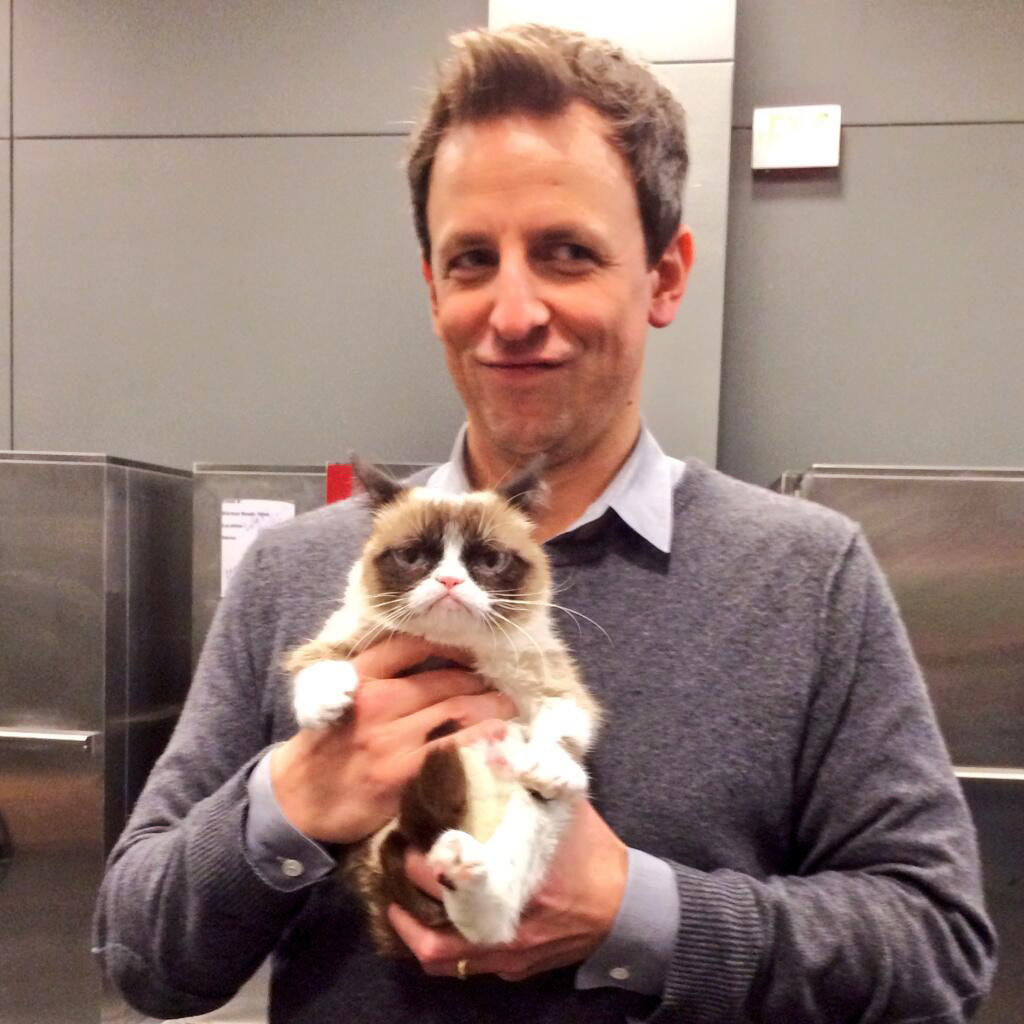 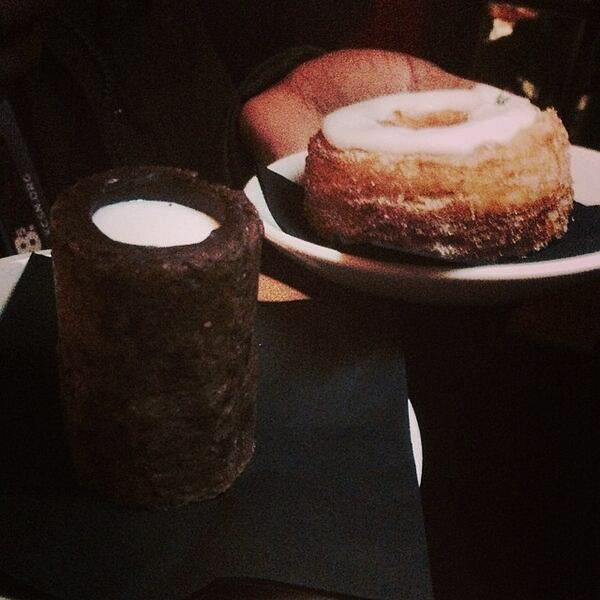 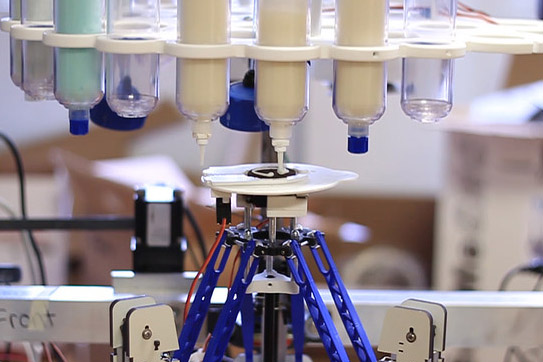 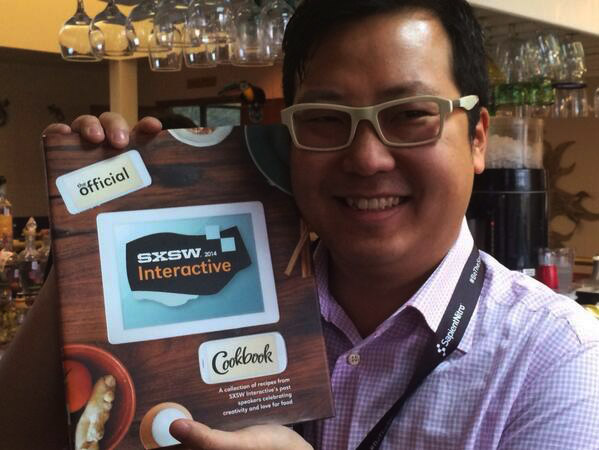 THE CELEBS
Celebs were also out in full force this year @ SXSW typically pimping out their latest movie project or book. Spotted about town were HBO show Girls’ Lena Dunham (who got her big start w/ Tiny Furniture @ SXSW), Mindy Project’s Mindy Kaling (talking about diversity on TV), Nicolas Cage (bemoaning the era of the celebutard and how it “really sucks being famous right now”), Neil deGrasse Tyson (wh
ose show Cosmos: A Spacetime Odyssey debuted earlier this month), and George Takei (who talked about everything from Facebook to LGBT issues to wearable technology). 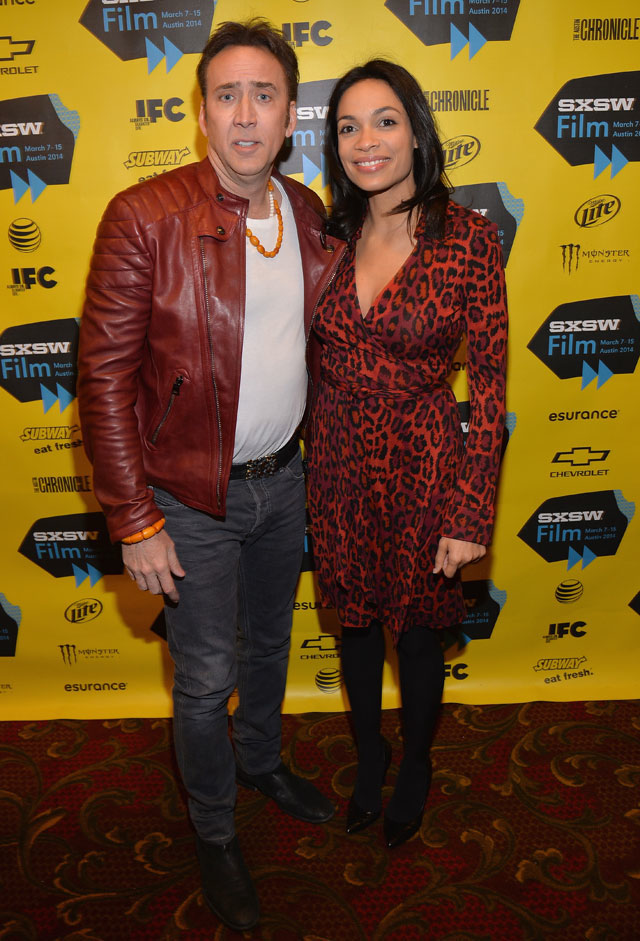 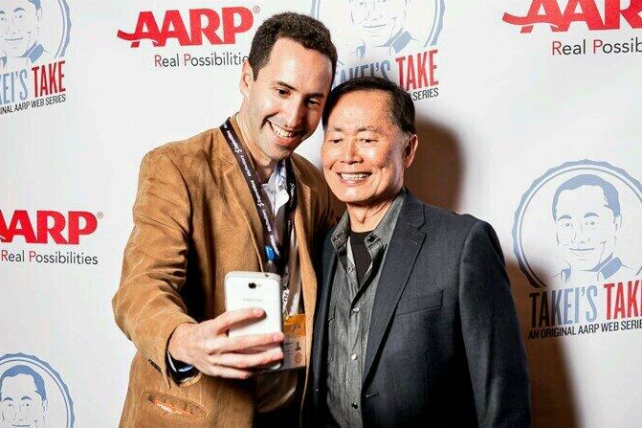 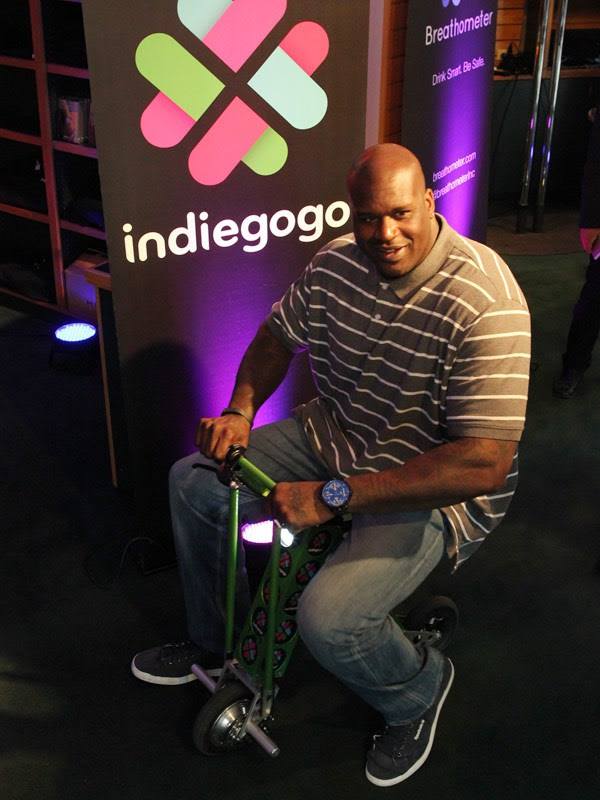 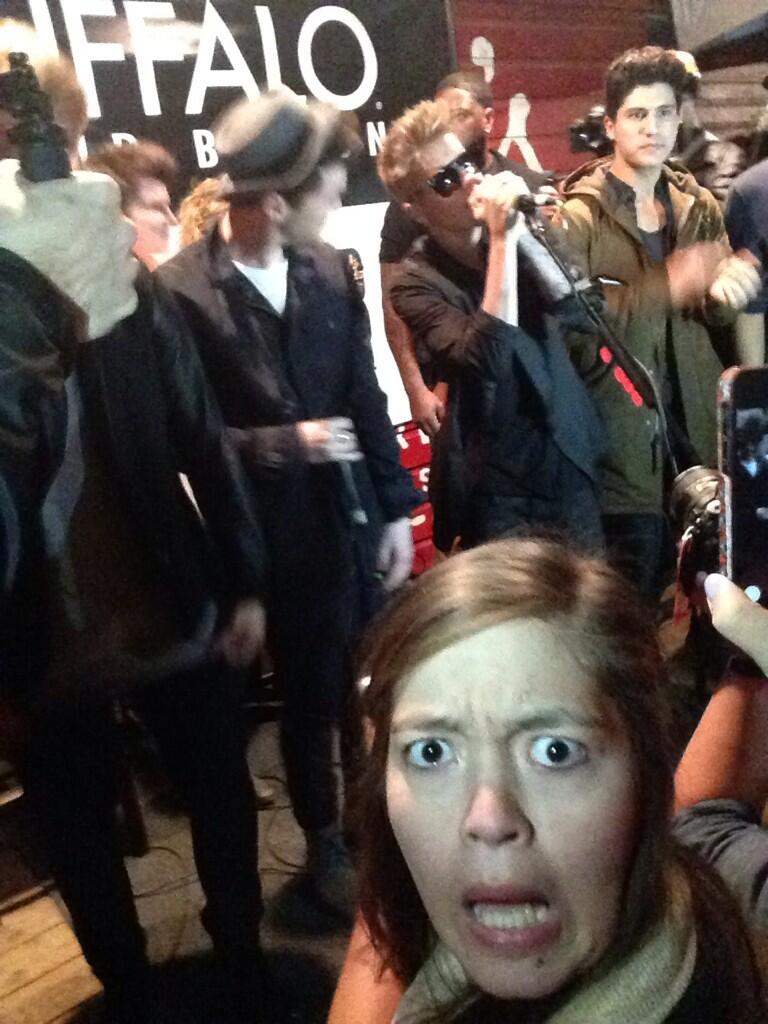 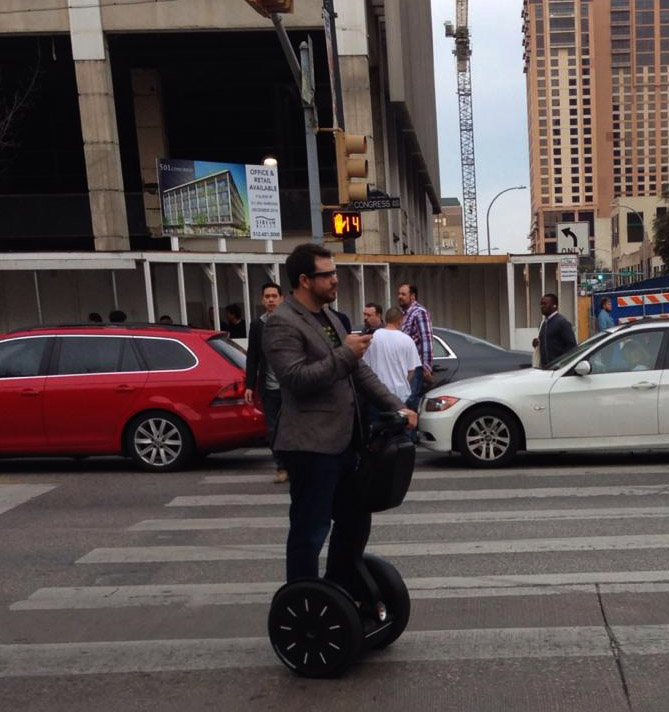 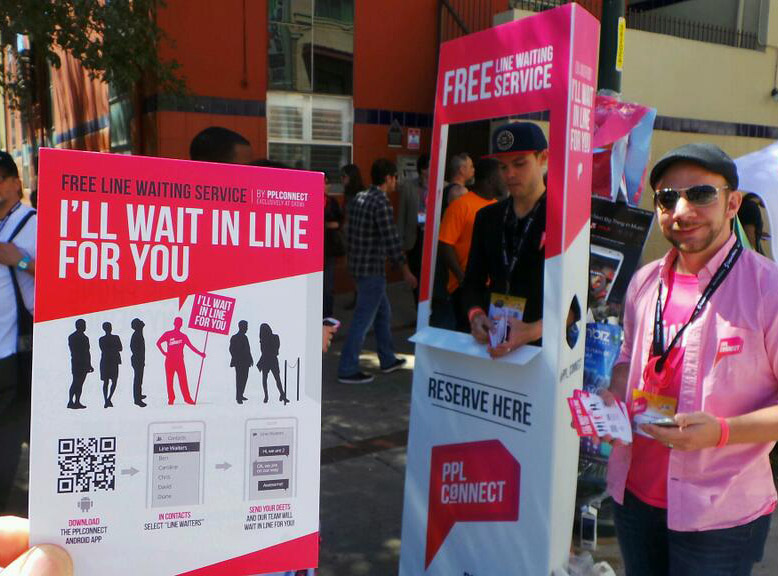 I’ll wait in line for you. Yup sums up SXSW pretty well! (via Steve Garfield) 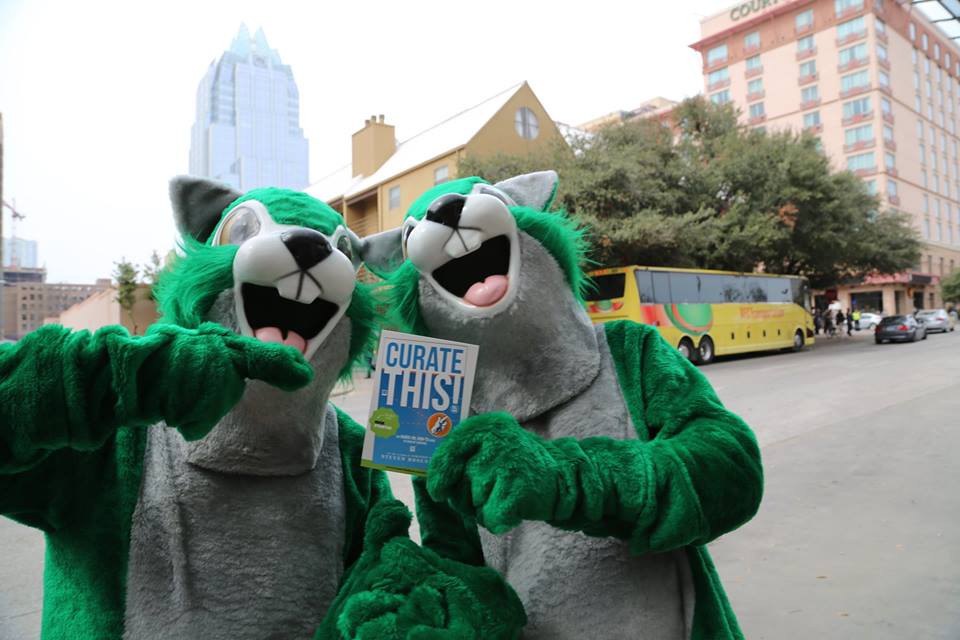 THE PARTIES
And finally, as we all know, it wouldn’t be SXSW without all the crazy parties. And parties there were a-plenty!

There was the day-before-SXSW Calm Before The Storm party @ GingerMan where I ran into everybody from uber-blogger & author Robert Scoble (promoting new book Age of Context) to Altimeter Group’s Brian Solis. There was my buddy Gary Vaynerchuk’s announced-via-twitter Secret Wine Party, now an annual tradition.

There was the off-the-hook MRY party with my buddy Vikas Sapra DJ’ing and the legendary Rev Run (of RUN DMC) performing . There was the awesome Vimeo party under a tent where we all went crazy taking slo-mo video selfies! There I ran into my buddy Rene Reinsberg (founder, Loku, which had a big exit to GoDaddy – congrats!), caught up with my friend Cecilia Pagkalinawan (founder, Apploud) and also met Dario Meli & Ryan Holmes (founders of HootSuite). 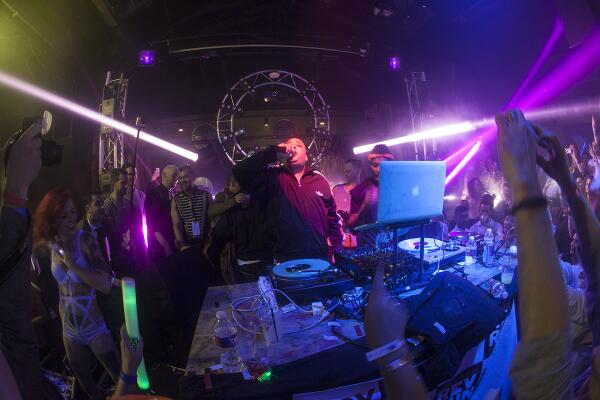 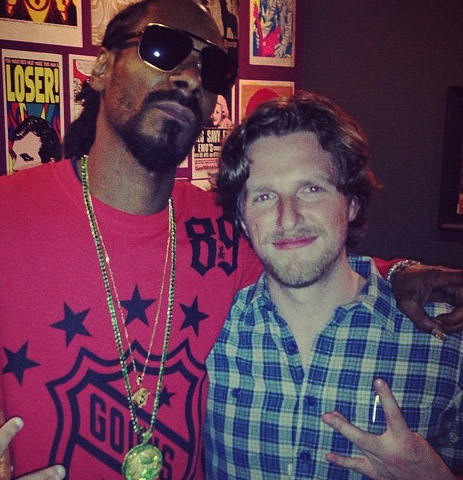 There was Mashable’s MashBash with lines snaking around the block. There was the FullScreen party full of west coast new media folks. I caught up there w/ my friend Bravo reality star Hermione Way who recently got engaged (congrats!) and also ran into my buddy Steve Rosenbaum (founder, Magnify & WayWire) who’d just launched his new book CurateThis on Kickstarter. Nice!

There was my friend Jenny Lee’s annual Awesome Journalism Party where I ran into a bunch of blogger peeps & media startups including Newscred founder Shafqat Islam. And one of the hottest parties @ SXSW was Lunar Kaleidoscope, thrown by my peeps Matt Brimer (co-founder, General Assembly) and Ben Hindman (founder, Splash) where it seemed the entire NYC Tech crowd had teleported itself to! 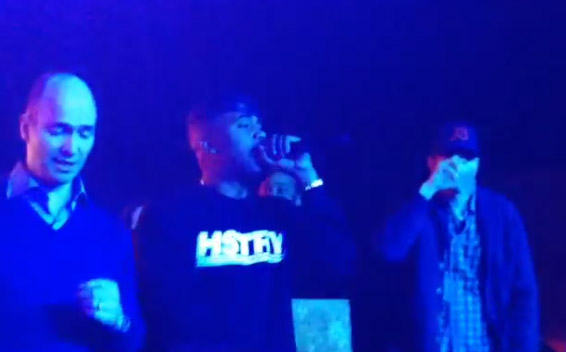 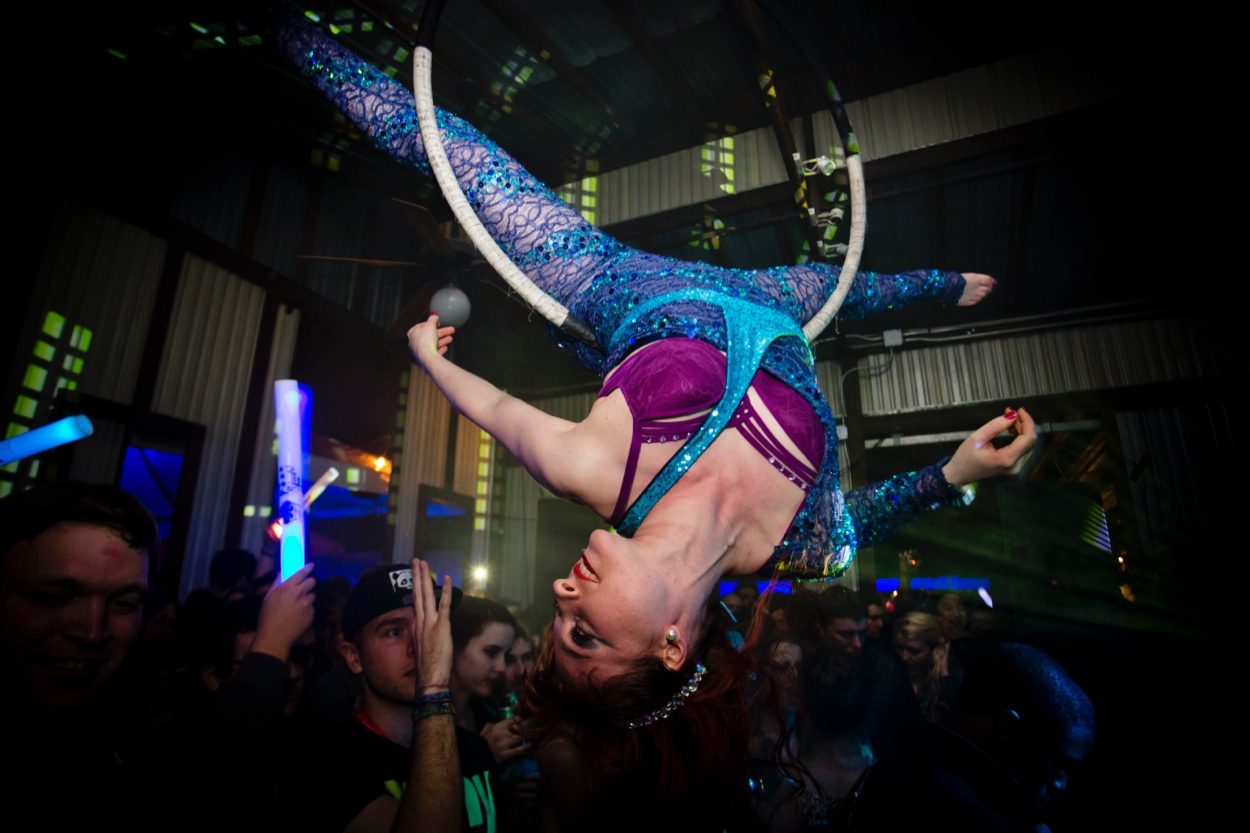 In addition to the parties, some of the best places to network & be seen were the various hotel lobbies including the Hilton (right across from the convention center), the Driskill (where everyone ended up late night) and the Four Seasons. I ran into a ton of folks there including Andrew Ackerman (Managing Director, DreamIt Ventures), Rachel Sklar (Co-founder, The List), Chris Heuer (CEO, Alynd), Sarah Buhr (USA Today) and Marie Arturi (CEO, Buncee).

And so, there you have it, folks. After a week of parties and panels and keynotes and schmoozing and boozing and tacos and BBQ and buzzwords and music and celebs and launches and apps and late night gallivanting at yet another amazing SXSW, it was time to bid adieu to the wonderful city & people of Austin and head back to New York City. Hasta la vista, baby … I’ll be back!