Goodbye Blue Monday, a Bushwick watering hole, art, antiques and gig space, is rallying to stay open by asking their patrons for cash.

The bar has turned to crowd sourcing site GoFundMe.com to help pay city fines. The beloved venue has currently raised a quarter of the $7,000 amount, which it must cough up by the end of the month. But this is not the end of its financial woes.

The building’s landlord also plans to double rent, riling regulars and garage bands who have called the no-cover venue home. For nine years, Goodbye Blue Monday has given every act that wants to be on its bill a chance, occasionally turning up gems like Vampire Weekend.

“This place is too strange, too unique and frankly too damn cool to let fall into the N.Y. forgotten memories of…” one fan of the venue tweeted. 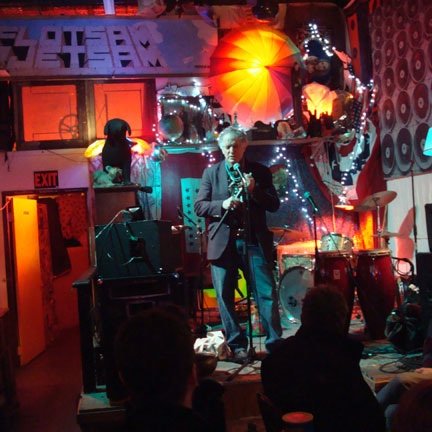