Shaking off Tuesday night’s loss in Union County, where Chairman Jerry Green announced his organization’s support for her chief rival, state Sen. Linda Greenstein (D-14) showed off some backing of her own: in Assemblywoman Bonnie Watson Coleman’s (D-15) home county of Mercer.

Hightstown Mayor Steven Kirson and Council President Susan Bluth endorsed Greenstein for Congress in the 12th Congressional District, citing her progressive values and her commitment to Mercer County and its constituents.

“Linda Greenstein is a fierce advocate for progressive values. During her years in the state legislature, she has been instrumental in passing a minimum wage increase for hard-working families, fighting for women’s access to health care and passing the Paid Family Leave Act.  Those are the progressive issues we need Congress to focus on,” said Kirson.

“I join with many other Mercer County leaders in supporting Linda Greenstein, who has always supported Mercer County’s priorities during her years in the legislature,” Bluth added.  “Linda’s advocacy of strong progressive causes and her unparalleled constituent service is what has made her an outstanding legislator and what will make her such an effective congresswoman.”

Hightstown sits within the 14th Legislative District and within the 12th Congressional District that Greenstein seeks to represent.

“The support of Mayor Kirson, Council President Bluth and so many other progressive leaders means so much to me, because we have spent years in the trenches together, fighting for our common values,” said Greenstein.  “Whether it is ensuring that those who work hard are paid a living wage, standing up against Tea Party zealots who would deny women access to basic preventative health care or providing unemployment benefits for those who are out of work through no fault of their own, I will bring the same progressive commitment to Washington as I have to Trenton.”

Greenstein has also received the support of Democratic officials in West Windsor in Mercer, and earlier this week fought Watson Coleman to what amounted to a draw in Princeton as the pair sought the backing of the local Democratic organization. 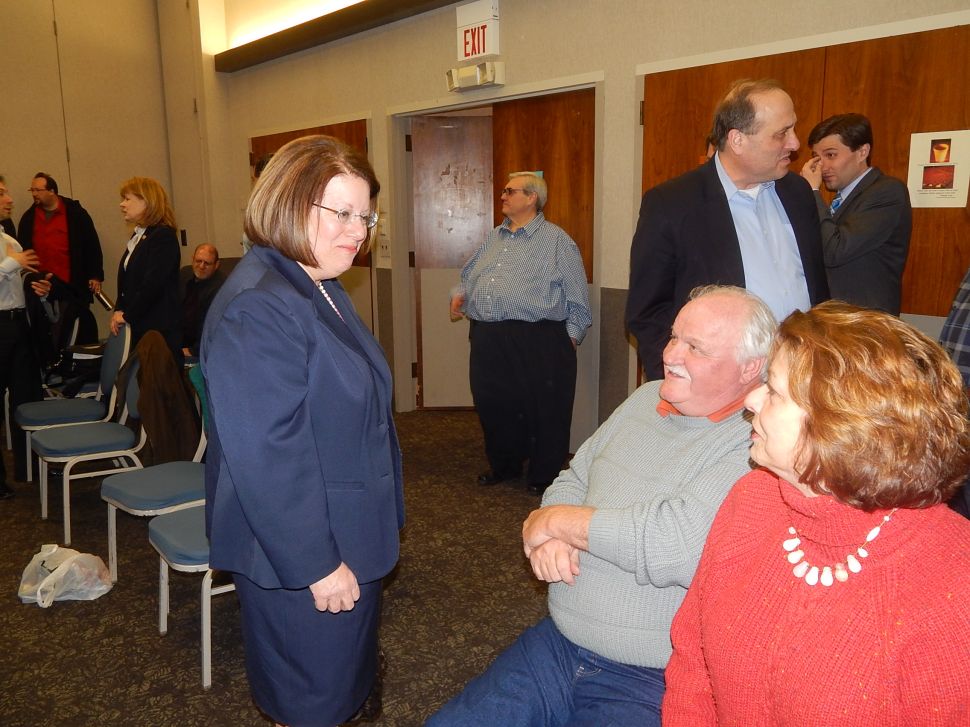