The Rat Information Portal told us they’re everywhere, but is nowhere safe?

Grace’s Marketplace has long been known for its gourmet food and expensive prices. Now, it seems the only thing the posh Upper East Side staple is gaining recognition for is mice.

A video filmed by a customer and later obtained by The Daily News shows a trio of  mice bustling their way in and out of the Macademia nuts along with the store’s “cherry-berry mix.”

“I am so grossed out by the place. I can never go in there,” the customer, who wished to remain anonymous, said.

Owner Joe Doria said he wasn’t at all surprised by the mouse footage or the fecal findings in his store and blamed the nearby construction of the Second Avenue subway line for the store’s mice issues.

“I have an exterminator come in six nights a week. We put traps down. We bait them,” he said.

In fact, a spokesman for the New York State Department of Agriculture and Markets, which oversees the cleanliness of grocery stores, said that Grace’s Marketplace passed nine out of ten inspections since 2009.

“We will return to the store for another inspection in light of this information,” spokesman Joe Morrissey said.

Despite the store’s unwanted furry friends, some customers are remaining loyal.

“I am not happy about it, but it won’t prevent me from coming here,” Bruce Berkman, 78, told the paper.  “Mice, rats and cockroaches — that’s part of New York living.”

Nothing comes between a man and his nuts, apparently. 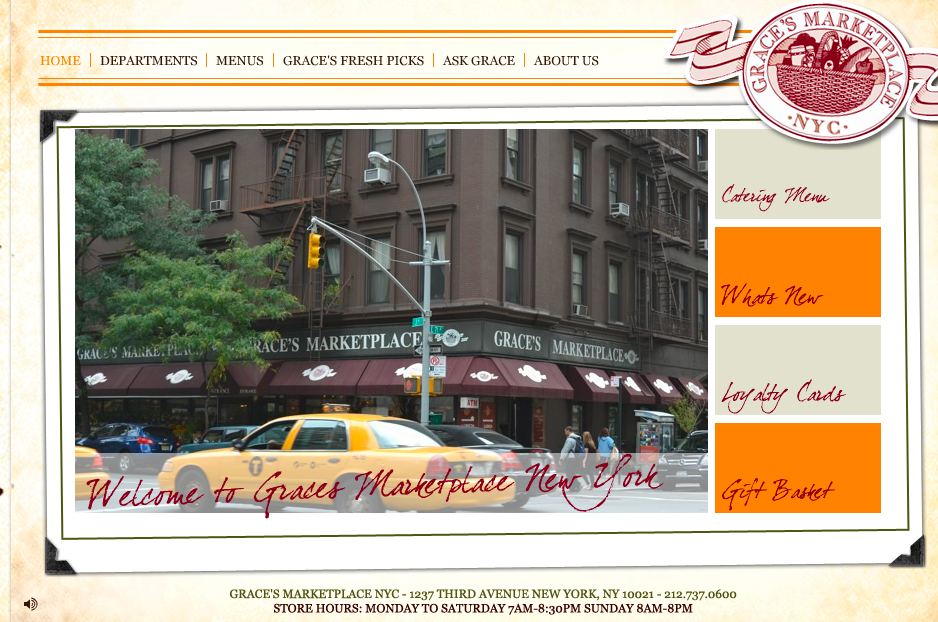