If you thought you didn’t need to know that the Upper East Side is uncomfortable (::squirms::) right now, you were dead wrong.

The New interactive map Here Here will tell you the general mood of every New York neighborhood, complete with pictures. The Microsoft-backed site collects information from 311 calls across the city to get a sense of what people are complaining about and displays the issue on that person’s neighborhood.

The updates, which happen every day, list the most common complaints for each neighborhood.

Let’s take a look at some of these complaining characters as they are happening, right now.

Sheepshead Bay is a whining child: “I’m impatient. It’s been a while since this has come up, a few reports of a defective sustem, litter basket requests received, or dust complaints.”

Flushing is downright paranoid: “I feel on edge. ::bites nails:: Haven’t seen this recently, a few illegal pet complaints and a few reports of a fir alarm. At least this is better than it has been — a few garbage concerns.”

What would we do without this information? Go on living our lives, you say? Blasphemy. 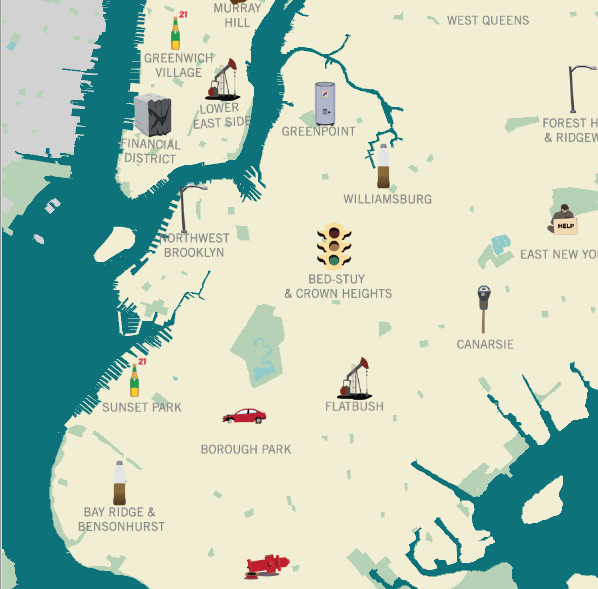