Former Secretary of State Hillary Clinton defended her foreign policy record to a pro-Israel group in Manhattan tonight and advocated for a nuanced–but tough–approach to Iran as tensions in the Middle East remain high.

Ms. Clinton, who is viewed as a presidential front-runner in 2016, nevertheless advocated for an unabashedly Israel-oriented approach to the region.

“Israel is more than a country, it is a dream nurtured for generations,” she told supportive attendees at an American Jewish Congress dinner, where she accepted a lifetime achievement award.

Although she stressed the importance of creating two states–“a Jewish state of Israel and a state of Palestine where people are living side by side in peace and security”–most of her speech centered on Iran and preventing the country from obtaining a nuclear weapon.

“We all know this is yet again a pivotal time for Israel and the Middle East. The coming months will be crucial in several regards. First, of course, the hopes for a just and lasting peace that guarantees Israel’s security, that creates a comprehensive path toward … a peace for the region, which of course is only possible if we ensure that Iran never acquires a nuclear weapon,” she said to applause.

“I voted for every sanction that came down the pipe against Iran” as a senator from New York, Ms. Clinton assured, further outlining tough steps she took against the country as secretary of state. “We went after Iran’s oil industry, banks and weapons programs. We enlisted insurance firms, shipping lines, energy companies, financial institutions and others to cut Iran off.”

Ms. Clinton went on to reiterate her support for President Barack Obama’s negotiations with the country, which she argued would be undermined by efforts to impose new sanctions. As foreign policy hawks like Senator Chuck Schumer bucked the administration and advocated for the sanctions, Ms. Clinton clarified her position on the issue earlier this year.

“I am also personally skeptical that the Iranians will follow through and deliver. I have seen their behavior for years. But this is a development that is worth testing,” she said of Iran claiming to be a willing negotiating partner. “That means we, the United States, should avoid doing anything to undermine the negotiations, including as the intelligence community has warned, imposing new unilateral sanctions.”

“We want to give space for diplomacy to work,” she concluded. “If it does not, then we can always, and we will, put on additional sanctions … And yes, we will explore every other option. And let’s be clear, every other option does remain on the table.” 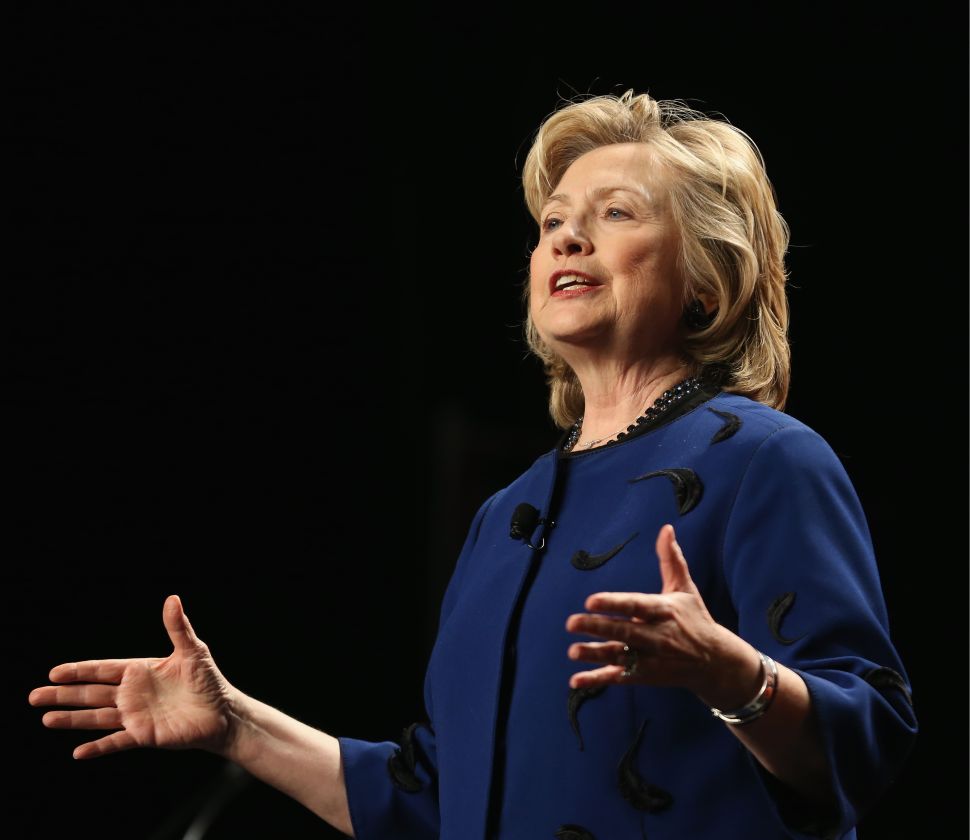