Twenty-three years ago, I was working at Musician magazine, where one of my regular duties was to proofread our monthly condensation of the Billboard pop album chart. Early in the fall of ’91, Naughty by Nature’s self-titled debut appeared in the upper reaches of that chart. Many months later, it was still there. After a lengthy period of staring at the same six words (artist name in bold, album name in italic) at around the same time every month, I began to look upon them as a kind of anchor, keeping the chart stable amid the more frenzied rising and falling of other artists.

The Top 10 megahit “O.P.P.” was the main item fueling this New Jersey-bred hip-hop trio’s success. If you don’t remember it (or—say it ain’t so—have never heard it), I direct you to the video above. Note the wonderful use of the Jackson 5’s “ABC” in the main rhythm bed, the way lead rapper Treach trips mellifluously through the line “F to the R to the O to the N to the T,” and the fact that the MCs never actually say the words you know they’re thinking. A cleverly coy tactic at the time, it’s appealingly quaint today.

Although Naughty by Nature don’t get name-checked as often as, say, LL Cool J or Eric B. and Rakim, their work was a genuine highlight in the latter half of what’s now routinely referred to as the golden age of hip-hop. They had other hits, like “Hip Hop Hooray,” “Uptown Anthem” and “Feel Me Flow,” and they won a Grammy for Best Rap Album in ’96. Eventually, they broke up, then reunited and recorded Anthem Inc., which came out a couple of years ago. It certainly didn’t repeat the chart performance of their debut, but it’s not bad. One track, “God Is Us,” is particularly worth hearing, due in part to a soulful cameo from old pal Queen Latifah, who was instrumental in getting them signed to Tommy Boy Records back in 1990. (She’s in the “O.P.P.” video too.)

All this comes to mind now because the three original members of Naughty by Nature—Treach, Vin Rock and Kay Gee—are headlining the Legends of Hip Hop show at Resorts World Casino in Jamaica on Saturday. The bill also features another standout early-’90s rap crew, Black Sheep; pioneering DJ/producer Marley Marl; MC-for-the-ages Kurtis Blow, whose classic “Basketball” was recently the subject of an excellent oral-history piece; and DJ Kool, who’s probably best known for 1996’s “Let Me Clear My Throat.”

The fun starts at 9 p.m. Go to rwnewyork.com for more. 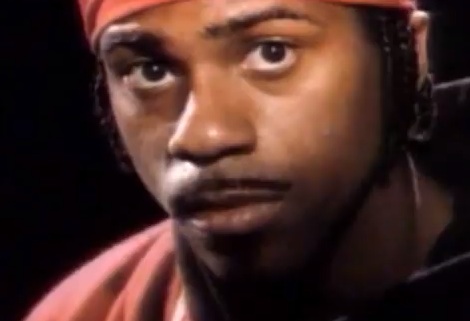