Mr. de Blasio called into the show this morning to chat charter schools, stop-and-frisk and House of Cards–but was also pressed on why he had yet to decamp from his Park Slope row house to the Upper East Side more than three months after his election.

“When are you gonna go to the mansion?!” host Peter Rosenberg piled on.

Mr. de Blasio and his family announced back in December that they had chosen to relocate, but have yet to pack their bags. Mr. de Blasio has since blamed the constant snow and his other duties or the delay.

But that wasn’t enough to satisfy the hosts, who appear to be big fans of the current mayor and his son–whom they jokingly refer to as “Afro-son!” in honor of his hair.

“Pack up! Get out!” the hosts demanded.

“I thought you were gonna play the song from The Jeffersons now about moving on up to the east side. I really think you missed an opportunity there,” the mayor quipped.

Mr. de Blasio also revealed that Questlove, the drummer from the band The Roots, had a special connection with his son, Dante, after one of the hosts suggested the pair “have an afro-off, like an afro-battle.”

“I have to tell you that Questlove, who is an amazing guy, passed on an afro pic to Dante. And Dante now uses it every morning. So there’s kind of a spiritual bond between them,” said the mayor.

“I think they should go on [Jimmy Fallon’s] show and have Afro Idol and have the audience vote on who has the best afro,” concluded one of the hosts. 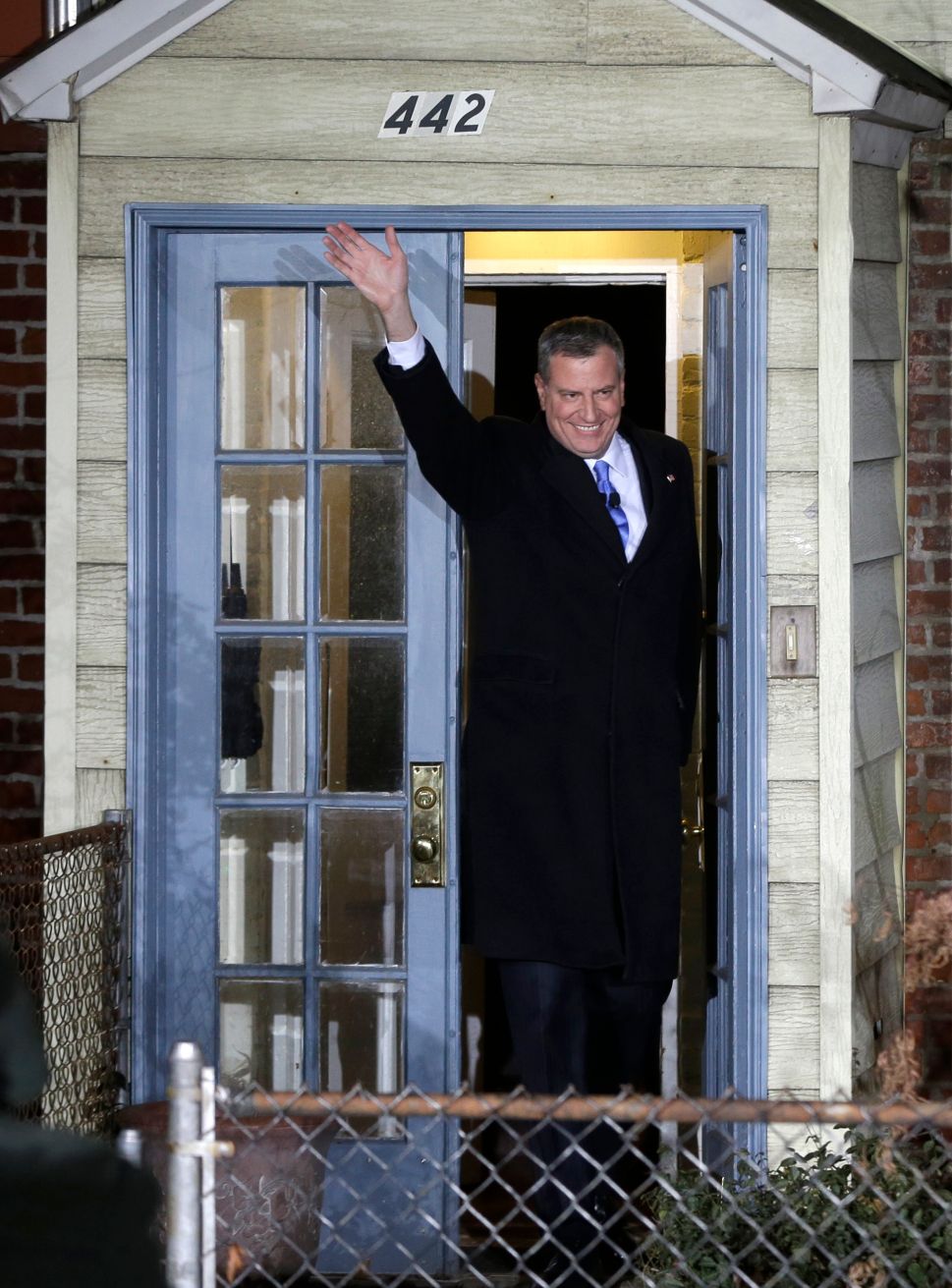