If this doesn’t kill the kale craze, we don’t know what will.

A woman got a slithery shock when she opened the kale salad she ordered from Guy & Gallard’s store on West 40th St. yesterday.

Robin Sandusky, 31, said she found a severed lizard head in the salad she had delivered to her Chelsea office.

Ms. Sandusky has been ordering the same kind of salad every day for the last two weeks, so she was surprised when this one came with a little something extra.

“It was the craziest thing,” she told The New York Post. “After a few bites, I look down at my fork, and think, ‘Oh, is that a piece of asparagus?’And then I saw that it had eyes, and an arm.”

This isn’t the establishment’s first offense. One Yelp.com reviewer uploaded a photo of a piece of metal more than an inch long found in her sandwich in January.

G&G would’ve been better off combining the two for a new menu item — lizzardkabob. 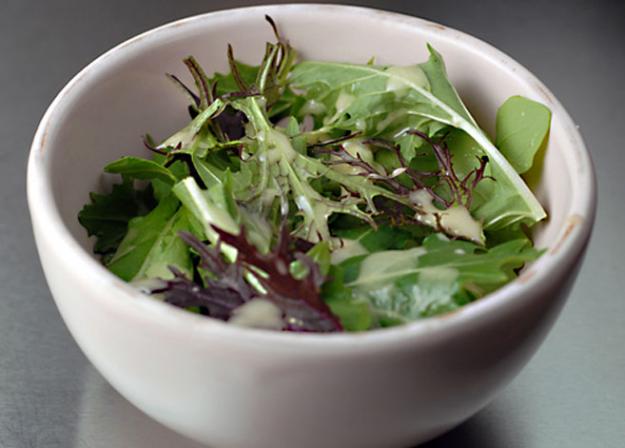