NEWARK – One face in the crowd at a fundraiser for Newark mayoral candidate Ras Baraka on Wednesday night provoked a political remembrance of things past.

Kenny, 67, is the former state Senate Majority Leader and the former Hudson County Democratic Organization chair. He is now a partner with the Hoboken-based law firm of Florio & Kenny, which stood behind Jersey City Mayor Steve Fulop during his successful election campaign last year.

Fulop made statewide waves last month when he endorsed Baraka in the May election instead of former state Assistant Attorney General Shavar Jeffries.

“We’re here because we met Ras Baraka several months ago. He actually reached out to us,” Kenny told PolitickerNJ.com. “We’re early supporters of Mayor Fulop, and we’re impressed by Mr. Baraka. Hudson and Essex is a natural alliance that Mayor Fulop, and I would expect that one day Mayor Baraka, will form. You’ve got to be inclusive. Inclusiveness is the answer to a lot of political questions. In diversity is power.” 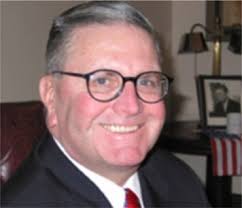