PATERSON – Waiting until the 11th hour and deep-sixing mischievous opposition rumors about how he wouldn’t file in the end, Mayor Jeff Jones moments ago submitted his petition signatures in pursuit of a second term.

Leading a caravan of allies, Jones ascended from his second floor office to the third floor clerk’s quarters and presented 1,125 petition signatures to Clerk Jane Williams-Warren.

Jones said he intends to hand in an additional 100 plus signatures before the 4 p.m. deadline.

“Russell Grady is a longstanding businessman, community leader and civil rights leader, who was responsible for bringing Dr. Martin Luther King to Paterson,” the mayor said. “Erik is the future – the next generation.”

PolitickerNJ asked the mayor how he felt upon submitting his petitions.

Confident that his signatures will pass inspection?

“That’s why you get more,” he said with a smile. “You always get more.”

The city requires 801 good ones. 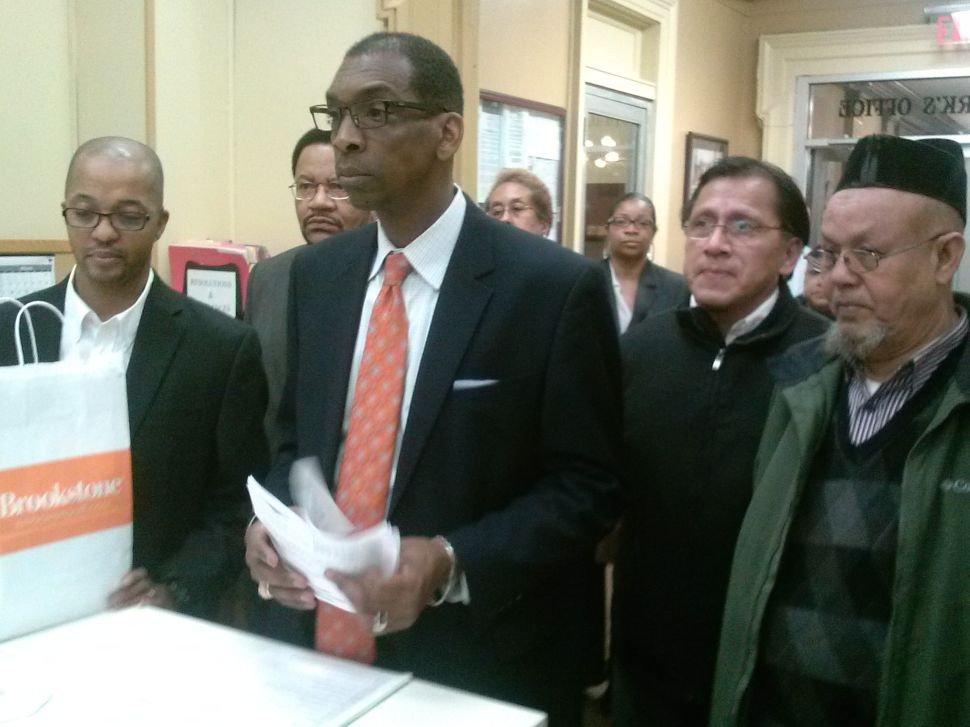