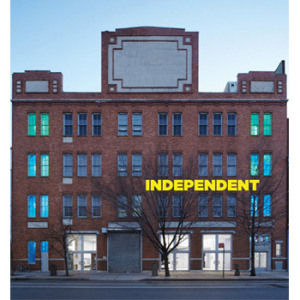 Independent, the five-year-old annual art fair that will be held at the former Dia Art Foundation building on West 22nd Street in Chelsea this week, will launch a second annual edition in the fall. The new event, Independent Projects, will also take place in the former Dia building, and will coincide with the November auctions in New York.

“We explored a couple of different options for Independent’s progression,” said the New York art dealer Elizabeth Dee, one of Independent’s founders. “The one clarity we kept finding was that New York was really our home base and where we wanted to be to do something different. You look at the calendar of how galleries are working and producing, and the other time that people are in from around the world is November. We wanted to maintain an international audience.”

Matthew Higgs, a creative advisor for (and, as director of White Columns, exhibitor at) Independent, said the idea of a standalone event in November is “somewhat untested, but it takes place in Chelsea during a pretty animated week in the New York art world. It was quite difficult for Elizabeth to sign people up for the first Independent, but the moment it happened people wanted to be involved, so now there’s kind of a reverse problem of too many people wanting to participate.”

The rest of the details are still falling into place, but Ms. Dee said “there’s a potential” that Independent Projects will run longer than its predecessor, which runs March 6 through 9 this week. (Independent will be ticketed for the first time in its history this year, in part to help cover the costs of Independent Projects, but also because of the increasing price of rent in the city, coupled with the fair’s relatively shoestring budget, according to a spokesperson.) Ms. Dee imagines there will be 30 to 40 participants, compared to about 60 or so that will set up shop in the Dia building this week.

No other major art fair–including Frieze, the Armory, the ADAA, or Art Basel–holds two editions in the same city in the same year. But Independent’s founders have always shied away even from the label of “art fair,” taking pride in the design and layout of the space, which looks less like a trade expo and more like a big group show that attracts a number of galleries and organizations that don’t tend to participate in other fairs.

“It’s yielded so much inspiration about how art can both be exhibited and put in a market perspective,” Ms. Dee said. “It’s something we started in the recession—and it was really needed then. It created an economy for gallerists to explore and develop their creative growth. And it’s still flourishing in healthier times. That gives us an opportunity to address new needs.”