Of all the adjectives used to describe UK indie pop group The xx, “intimate” has got to be in the top two. (See also: “minimalist.”) Deploying the basic building blocks of electronic beats, plinky guitar lines, and quietly expressive vocals, the trio of Romy Madley Croft, Oliver Sim, and Jamie Smith has managed to create something new under the sun, no small feat at this advanced date. From their buzzy self-titled 2009 debut (over which blogs were as hysterical as the group is cool) to their even more stripped down 2012 follow-up Coexist, their music evokes the feeling that Romy is whispering her deepest longings right into your ear in her velvety, R&B-inflected voice … or into Oliver’s, when they’re duetting.

While I have seen them kill it in a large outdoor space (in broad daylight, no less) with the help of some additional percussion, I think the ideal way to listen to The xx is in a small, dark, unfurnished room with just you, them, and someone special to you. Maybe there’d be a single scented candle, but a cool kind, like vetiver or cilantro. GTFO with that “ocean breeze” shit.

It seems fitting, then, that as the band’s star continues to rise, they’d make a conscious effort to maintain that feeling of closeness no matter how many people want to see them. Hence, instead of playing one or two giant shows in New York before moving on to the next town, they’re doing a whopping ten-day-long residency in a site specific environment at the Park Avenue Armory that holds just 45 people and promises to completely invert the traditional rock show experience with lots of interesting multimedia elements. (The New York Times has video.)

If this sounds awesome to you, you’re not alone; the shows dsold out almost immediately. But if you’re lucky enough to beg, borrow or steal your way into one (or, more likely: if you drop a bunch of money on Stubhub), you are definitely in for a treat. Let me know if I’m right about the candles.

The xx is playing The Park Avenue Armory multiple times a day now through March 29th; check Stubhub and Craigslist for tickets. 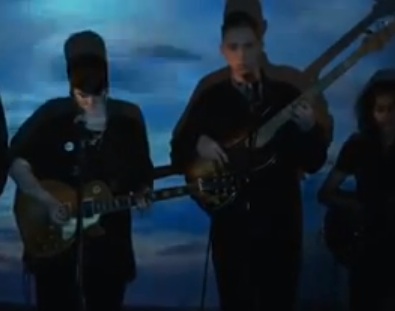