Someday you will be able to avoid cab fare and subway shenanigans without breaking a sweat!

Enter ShareRoller, a portable electric motor for bike share programs, which will allow you to ride to work effortlessly at 18 mph.

Depending on battery size, ShareRoller can carry you for 12 to 20 miles at 18 mph WITHOUT PEDDLING.  But if you have a need for speed, peddle anyway, and the magnificent motor will give you wings.  And by “give you wings,” we mean allow you to go faster than you ever dreamed you could on a one-piece bike you rented off the streets near Penn Station. In addition, the portable motor can fit in your suitcase, attach to your bike in less than 10 seconds, and make all your dreams come true.

“This is no puny 250 Watt ‘assist’ like many others on the market; ShareRoller packs a full 1.0 horsepower – as much power as a Tour de France cyclist in a sprint!” reads the project’sKickstarter website.

In addition to being only half the weight and half the size of similar products, ShareRoller comes with a few other nifty features.

It has built-in headlights and even a USB charging port which you can use to charge 50 iphones before exhausting the battery.

The “fully-developed, late stage pre-production product,” produced with 3D printing technology, uses friction to power the bike’s front wheel and is fully-functioning, as verified by hundreds of road tests.

In addition to share bikes, it works on many personal bikes as well, and soon, you’ll even want one for your scooter.

Speed at your own risk, though. Citi Bike already has enough lawsuits on their hands. 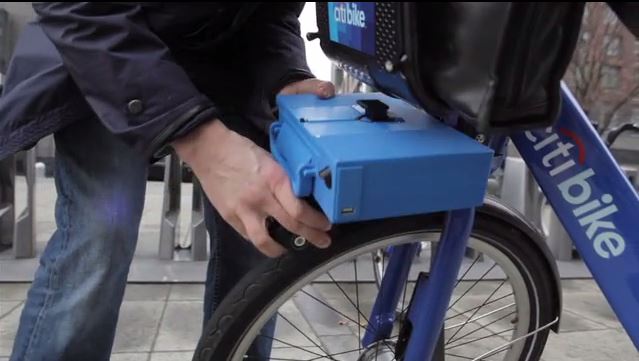