TRENTON – If the words “Trenton makes, the world takes” on the city’s famous bridge bear any meaning in recent months, it might be that the political culture of New Jersey’s capital city has made the world take notice.

The conviction and subsequent removal of former Trenton Mayor Tony Mack after he was found guilty of bribery and extortion charges in federal court earlier this month creates the chance for change.

Standing with supporters in front of Mercer County Community College’s Trenton campus on North Broad Street, mayoral candidate Eric Jackson, who missed taking Mack to a run-off by a single-digit vote total in 2010, vowed he would not come up short this time.

“After we talk about how we can work together, people begin to see that there can be hope, and that bringing honesty, integrity and transparency back to City Hall, we can build this city into what we want it to be,” Jackson, 55, told PolitickerNJ.com moments after he was endorsed by Mercer County Freeholder Sam Frisby. “We will work with the ethics board that’s already in place, we’re looking at the potential of bringing in an inspector general. We want to make sure that there’s just zero tolerance for anything that remotely looks like or smells like corruption at City Hall. Honesty and integrity will be the trademark of our brand.”

Jackson, director of the Department of Public Works and Urban Development in Plainfield and the former Trenton Public Works director, worked in the cabinet of former Mayor Douglas Palmer, Mack’s predecessor. Jackson claims Palmer is supporting his campaign.

But Jackson is not alone in the race, with eight mayoral candidates running in the May municipal election. Some of Jackson’s rivals assert that his brand is compromised.

Trenton mayoral candidate and former Police Director Jim Golden, who served under Palmer, has asserted that Jackson is guilty of campaign violations, including recent reports of allegedly improper donations from law firm McManimon, Scotland & Baumann, the city’s bond counsel. Following complaints from Golden and other political opponents, Jackson said the money was returned in part to ensure that the firm could continue to do business with the city.

Another Trenton mayoral candidate, Walker Worthy, Jr., has called for the introduction of mandatory ethics training for all City Hall staff to mitigate the possibility of the re-emergence of political corruption in Trenton.

The Worthy name is well-known in Trenton. Worthy’s mayoral bid has been backed by state Assemblywoman Bonnie Watson Coleman (D-15), who is now seeking the Democratic nomination in the race to succeed U.S. Rep. Rush Holt (D-12) in New Jersey’s Twelfth Congressional District.

Jackson declined to endorse any candidate in the highly-contentious CD 12 race when pressed by PolitickerNJ.com, saying that he wanted to focus on his own campaign to run a city besieged by crime and by difficulties attracting needed economic development.

Andrew Bobbitt, a longtime, Trenton-based political strategist who is backing Jackson, assessed what it takes to win in Trenton.

“Trenton is so small, everybody knows each other. Half of the people in this city are kin to each other,” Bobbitt, the Jackson campaign’s field coordinator, said about the 80,000-person city. “People always recognize if you are truly from here. You almost have to have 20 years here in Trenton before they really look at you as a citizen.” 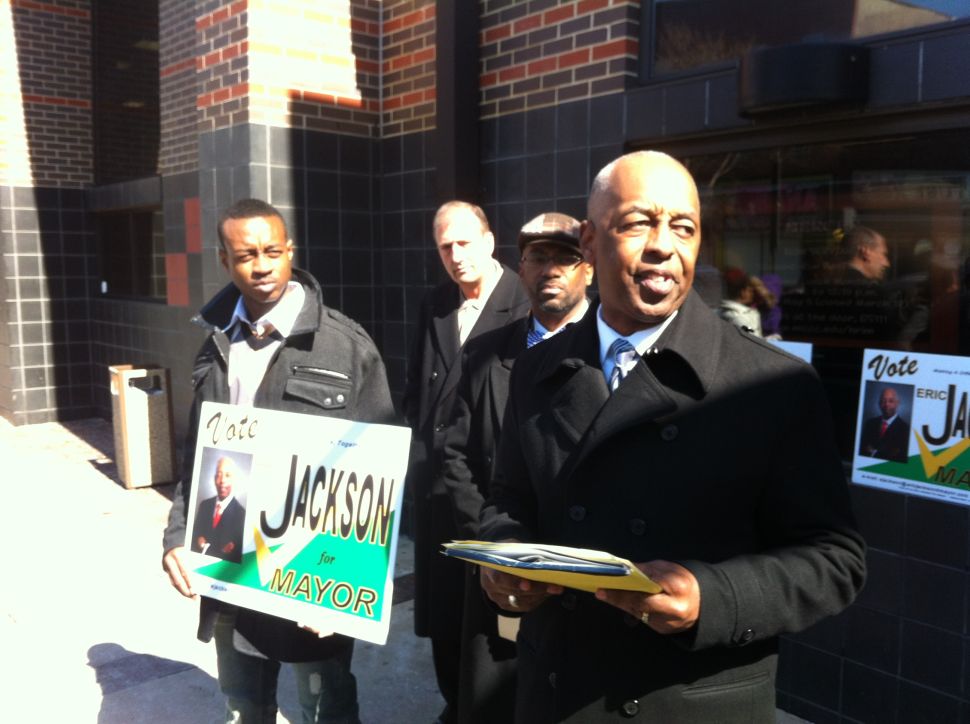