Joe McGinniss, who died yesterday at 71, was an imperfect journalist, but a very great one. His writing, no less than that of Shakespeare or Sophocles or Tom Wolfe, wrestled with the elemental questions of right and wrong and ultimately asked, whether of Richard Nixon or a marine doctor/mass murderer or a spoiled rich American girl ex-pat in Hong Kong, “What the hell is wrong with people?”

I cannot believe Jeffrey MacDonald outlives McGinniss, his once biographer and eventual traitor. Fatal Vision shaped my entire understanding of new journalism, and I’ve read my copy to shreds. And he was right about Janet Malcolm too.

I was fourteen in 1984 when I discovered Fatal Vision. The miniseries aired that year on NBC. One of the ads for the show featured Karl Malden looking furious, his bulbous nose aflame, as a lawyer told him to be patient during the trial. Malden, who played the stepfather of MacDonald’s murdered wife, thundered, “And I have the patience of Job.” The greatness of the television version led to my enduring obsession with Joe McGinniss’s masterwork, Fatal Vision.

The book is the pinnacle of true crime and the greatest expression of the “New Journalism” practiced by the gods of the day. McGinniss knew about a sickening crime — the murder of Collette MacDonald, five months pregnant, and her two daughters, Kristen and Kimberly. Jeffrey MacDonald was a Green Beret and the murders took place on base at Fort Bragg. The Army trial that followed was bungled.

I could detail, from memory, every stupid loss of fibers, blood, and crime scene analysis. I know all this because McGinniss became obsessed with the case, and thus did I. Mr. MacDonald pursued him (and other writers) to cover his next trial, after years of delays. McGinniss followed the trail of pajama tops, an ice pick, a bloodied bathmat, a single blond hair, and a fragment of surgical glove. He lived with Mr. MacDonald during the trial. Long after McGinniss suspected the doctor was guilty, he stayed by Mr. MacDonald’s side to get the story — and produced the single greatest true crime book ever written.

It was more than the case. It was more than Colette screaming, “Jeff, Jeff, why are you doing this to me?” It was the images that only McGinniss saw: the packed suitcase, filled with Mr. MacDonald’s clothes, on top of the bloodstains. It was the Eskatrol hidden in a closet, a diet pill now banned, that he believed Mr. MacDonald had been taking. It was the months and years of interviews. It was that McGinniss was given Kimberly and Kristen’s baby books and kept them for decades.

Before my senior year in high school, I took a summer college class on New Journalism. I wrote my whole project on Fatal Vision, covering an article about the murders a day after the crime happened, an article a year later, and a classic scene from McGinniss’s book. The scene takes place in MacDonald’s swank bachelor pad in Huntington Beach, California, in a mirrored dining room. The two men talk for hours, discussing the upcoming trial. As usual, Jeff MacDonald is voluble and dismissive of the evidence against him. As usual, McGinniss just listens.

My professor pressed me about this scene over and again. What did it mean? Well, the mirrors showed how shallow Jeff is. He’s all about surface. He only cares about his appearance — his good looks, the veneer of innocence he projects, his crocodile tears about his bloodied wife and children. What else? the professor asked. What else? I didn’t know.

About 20 years later, I realized what else it was. The mirrors, of course, show Jeff MacDonald. Yeah, he’s shallow, and he’s a murdering shit. But the mirrors also show McGinniss in the room. McGinniss became as much a part of the MacDonald story as Mr. MacDonald himself. That’s New Journalism.

McGinniss’s greatest book became one of the many fights in his career. Jeff MacDonald sued him, and got a cash settlement. Janet Malcolm wrote a ridiculous two-part series about the case — I can’t forgive or accept a single word she wrote about it because she remains on the fence about MacDonald’s guilt, and she calls her correspondence with this butcher “tinged by a subtle but palpable eroticism.”

If you know Fatal Vision, if you’ve followed the case over the years because you fell in love with McGinniss’s book, you know Ms. Malcolm is a fool. Incidentally, Ms. Malcolm had her own very public feud with a subject, Jeffery Masson. A side note: they all have the same initials.

McGinniss wrote several other classics, including The Selling of the President 1968 and Blind Faith, which was almost as great as Fatal Vision, plus Cruel Doubt and Never Enough, which … were not. In fact, his book about Teddy Kennedy was unreadable, and I have no idea what drove him to move next door to Sarah Palin. I ignored all of this, and I forgave him. I forgave him all his excesses and even for dying before Mr. MacDonald because McGinniss produced this perfect book, Fatal Vision, and because I’d bet there’s a good chance he still had Kimberly and Kristen’s baby books. McGinniss never forgot the beaten, stabbed victims of the crime he wrote about. McGinniss made us all remember them. 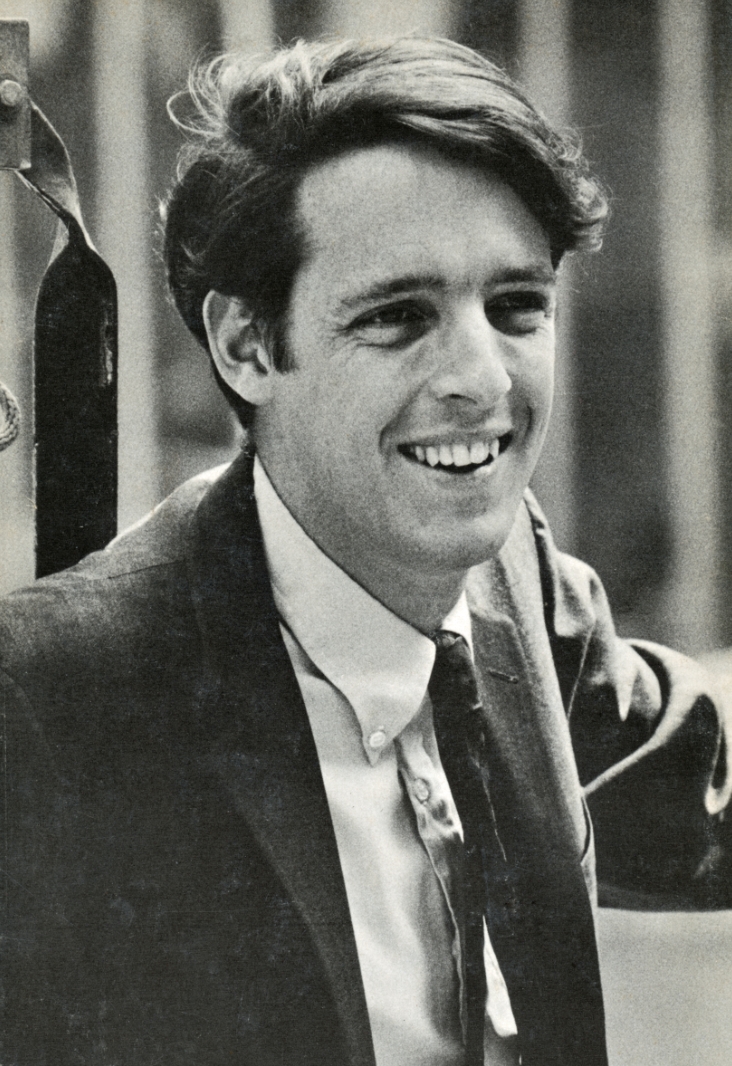