The New York-based green and affordable housing developer Jonathan Rose Companies broke ground Friday on a 215-apartment mixed-use community in South Orange, New Jersey. Mr. Rose told the Observer that although his company had previously acquired about 1,300 units of affordable housing in East Orange and Newark for rehabilitation and preservation, the development—known as Third & Valley—represents its first foray in the state into ground-up development.

“Since our founding 25 years ago, we’ve always done transit-oriented development,” Mr. Rose said. Third & Valley will rise one block from the Midtown Direct train, which services Penn Station. Its construction results from South Orange’s 2008-2009 Vision Plan, which aimed to diversify retail and increase residential density near the town’s center. The developer said that it is also symptomatic of a change in thinking on suburban development.

“In the 70s and 80s, development was not of the quality that it is today. A lot of it was mediocre. And so a lot of suburban towns said, ‘We don’t want any more of this.’ Or you had towns that did not control their development very well, and created situations that were beneficial only to developers.”

In the last 15 years or so, attitudes began to change, taking a more positive tack toward what Mr. Rose calls “smart development.” Designed according LEED Silver sustainability guidelines, Third & Valley will contain high-end finishes made of renewable materials; amenities will include a landscaped courtyard, pool and fitness center. Ten percent of on-site units will be affordable—with an additional 10 percent constructed elsewhere, an arrangement the town requested—Mr. Rose said that his company initially suggested an 80/20 split.

“People are finally beginning to understand that the dynamics of density next to transit creates a traffic reducer. We think people living here are going to be working in New York. We imagine them getting off the train, going to a local restaurant or bar and then walking home. People getting priced out of the Upper West Side or Brooklyn, maybe, coming here during a transitional period. Likely they will stay for a couple of years and then buy a house. At the other end of the spectrum, we expect people in their 50s and 60s who have owned in the suburbs and are now looking to be a little closer to the attractions of city life.”

As Mayor de Blasio grapples with how to solve the city’s housing crisis—affordable and otherwise—developments like Third & Valley might prove useful tools, particularly in providing new middle class housing as the city is dominated increasingly by luxury development. Though the project, quite obviously, will not technically be in New York, its mixed-use, mixed-income model otherwise largely resembles the kinds of solutions we heard suggested by Vishaan Chakrabarti—of SHoP/Columbia fame—when we spoke with him some months back about affordable housing.

“Manhattan,” he said, “is not the future for the kinds of essential high-density housing we need. Queens, in many ways, is the future.” He did not say New Jersey, but he might have.

Mr. Rose, too, has said that the city ought to re-evaluate its Manhattan-centricity, and although the already-teeming Garden State might seem an unlikely locale for New York rent refugees en masse, the developer intimated a certain counterintuitive optimism on the subject: “It’s only been in recent years that suburban towns have begun to welcome multifamily developments. They are becoming more proactive about… transit-based, mixed-income opportunities.” Rose Companies recently contracted as a consultant for the downtown restructuring of Morristown, and Mr. Rose expects similar work to proliferate.

Playing the role of planner and consultant was great, he said, but of course, “We’d much rather be on the development side.”

A man’s got to make a living, after all. 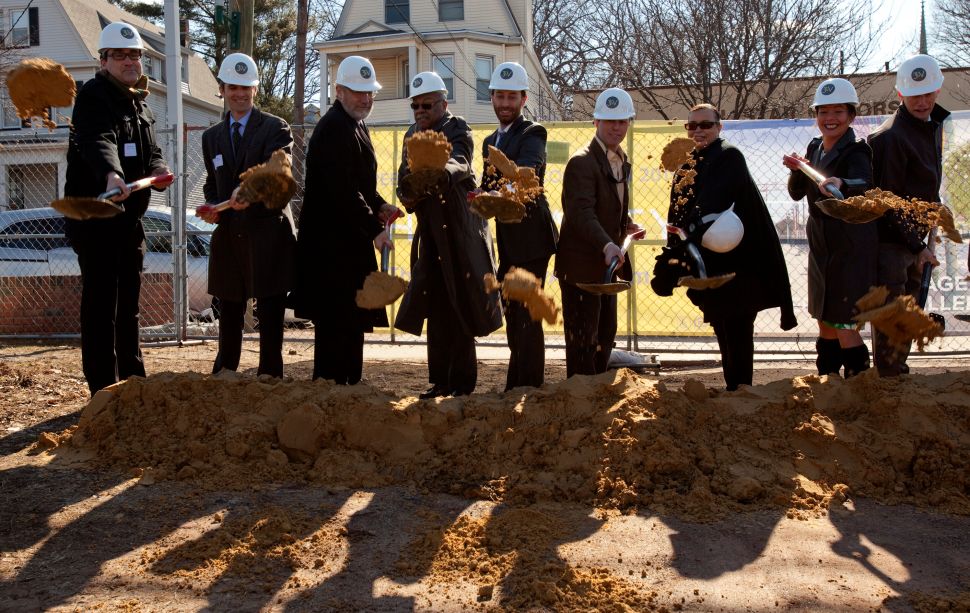