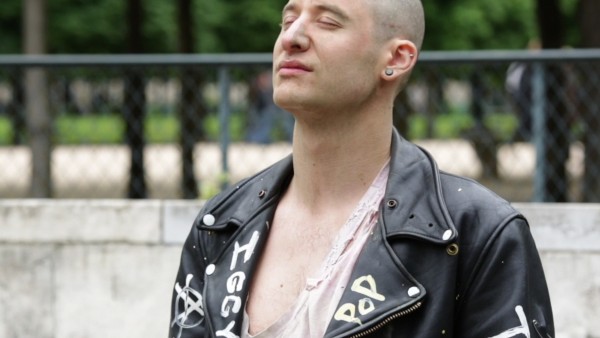 Still from ‘Raspberry Poser’ (2012) by Wolfson. (Courtesy the artist and David Zwirner)

For a brief moment in his discomfiting 14-minute video Raspberry Poser (2012), Jordan Wolfson, dressed as a ragtag skinhead, gives the camera a knowing little smile. Its message: I’ve arrived. He is 33, and his debut at David Zwirner firmly establishes him as a talent and a terror on the order of a young Jeff Koons: hell-bent on perfection and eager to provoke. People are going to take sides. He can’t wait.

Elsewhere in the video, a cartoon boy stares straight at the camera, whips out a knife, slits open his torso and spills out his guts. Images of unfinished suburban interiors and details of Old Master paintings and cartoons flip by behind him at some points. CGI models of the HIV virus bounce through chic domestic showrooms, and a CGI condom floats through Soho, spilling candy hearts as Mazzy Star croons. Mr. Wolfson, pants down, humps the grass in a park and flips through depictions of spanking on his phone. Beyoncé’s “Sweet Dreams” plays and then repeats at a slower speed; it turns menacing. “You could be a sweet dream or a beautiful nightmare.” There are mutating identities, hints of violence and self-inflicted humiliations, always half-cloaked in humor. 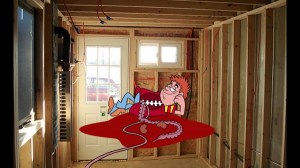 Still from ‘Raspberry Poser’ (2012) by Wolfson. (Courtesy the artist and David Zwirner)

The video is masterful, but the exhibition’s highlight, viewable only by appointment, is an animatronic exotic dancer in a skimpy white dress, white boots and a ghastly green mask. Her shoulders are whirring gears. There are smudges of dirt on her. Attached to a mirror by a pole that meets her at her stomach, she dances seductively, lip-synching Paul Simon, Lady Gaga, Sharon Robinson (with Leonard Cohen) and (a slowed) Robin Thicke as she follows you with her eyes in the mirror. Mr. Wolfson provides her voice. “My mother is dead,” s/he says, softening you up. “My father is dead. I’m gay. I’d like to be a poet. This is my house.” 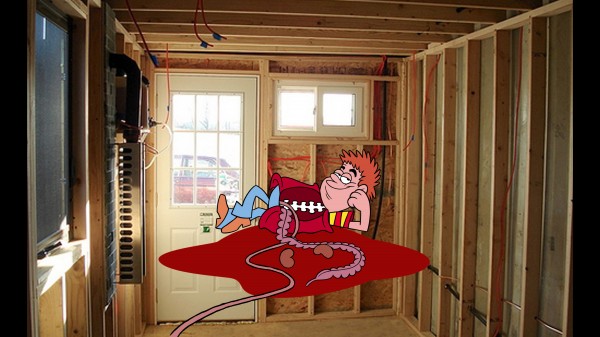