The third Democratic candidate hoping to compete in the CD 3 primary battle, Jack Fanous, announced Monday he was suspending his campaign and backing Belgard for the nomination.

Belgard has Democratic establishment support in Ocean and Burlington counties. 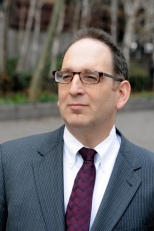