That’s some very cushy seating for a bowling alley. (Facebook)

Now Lena Dunham isn’t the only export from Brooklyn.

The new Sin City site is located away from the Strip on a pedestrian pathway called The Linq, which is adjacent to the High Roller Ferris wheel, the tallest in the world. This follows the recent opening of a Brooklyn Bowl in London.

The Vegas location is not LEED-certified as green yet, but the absence of bottled and canned beer means less waste anyway. The bar will serve draught beers, and there will be comfort food from Blue Ribbon, just as in the Brooklyn location. Bowling will cost $25-30, more than in Williamsburg.

Last weekend Soulive, a Brooklyn favorite, held the first concert in the 2,000 seat space. The Roots, Elvis Costello, Jane’s Addiction and Spoon are on the bill over the next few months. DJs will take over for the late night shift.

All the fun of bowling and rocking out in Brooklyn, without the hipsters? Sounds like a plan. 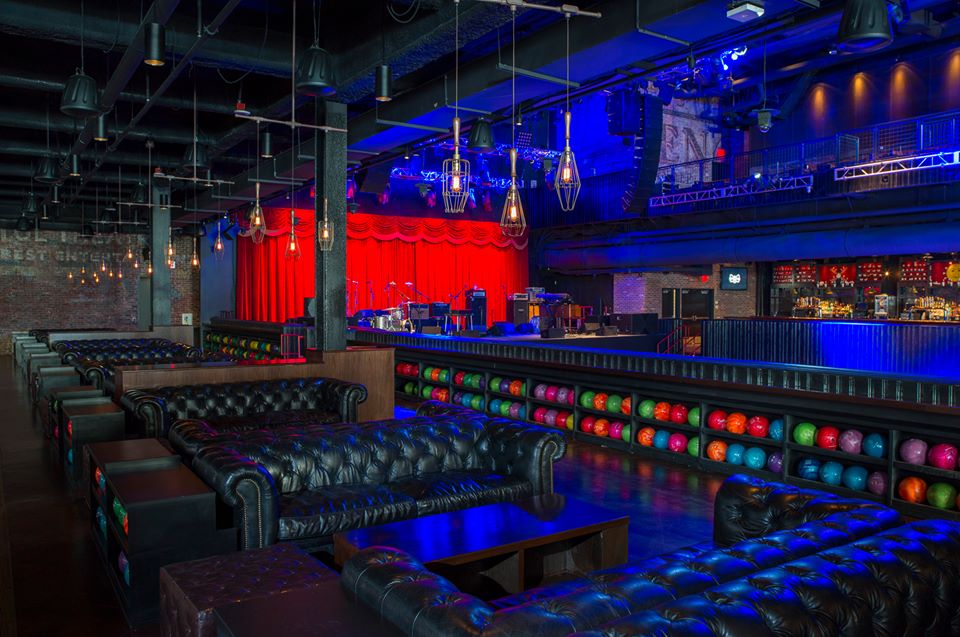