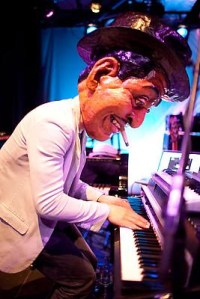 Luhring Augustine announced this afternoon that artist Jason Moran has joined the gallery.

Mr. Moran is primarily known as a performance artist and jazz pianist. He records with the Blue Note label with the trio The Bandwagon. (The trio will play at the Guggenheim on April 25 as part of the museum’s exhibition of Carrie Mae Weems.) He has also collaborated with artists as varied as Joan Jonas and Adam Pendleton, and with his wife Alicia Hall Moran was a participant in the 2012 Whitney Biennial.