Today is St. Patrick’s Day, a day when college-aged Americans celebrate Irish culture and its incredible impact on the U.S. by day-drinking, wearing green T-shirts that were made in Cambodia, and fighting each other.

This year, it’s also the day Match.com decided to release some puzzling statistics on red-haired women’s sex lives. It’s no secret that there are a lot of Irish people with red hair. And now, we have a whole bunch of numbers that seem to confirm the old stereotype that red-haired women are more “sexually liberated,” in Match.com’s words, than women with other hair colors. Happy St. Patrick’s Day, Mom!

Match gathered the numbers during their Singles in America study, the rest of which was released around Valentine’s Day. They did release one ginger-tinged detail as part of that first batch: single women with red hair have more orgasms (41 percent) than anyone else, followed by blonde women (36 percent). Little did we know then that there were way more where that came from.

At the time, I asked Match.com’s scientific consultant, Dr. Helen Fisher, about the orgasm numbers, and she was pretty flummoxed as to the cause. She suspected it had something to do with confirmation bias due to the stereotype that red-haired women are more sexual than other women — not some kind of sexy genetic allele or tendency for women with red hair to just be really into threesomes for some reason.

This makes total sense. Impose the sex-kitten stereotype on redheads their entire lives, and they will probably grow to believe it. There’s even scientific confirmation that people are highly sensitive to stereotypes when answering questions on tests or surveys. Remind a woman that she’s got ~*SeXy ReD hAiR*~ before she answers a bunch of sex questions, and it will probably color her responses.

Panelists at a Match.com Singles in America event also touched on the subject last month, with known redhead hater Patti Stanger admitting that she once dyed her hair red, and she did have more orgasms than usual. Okay, Patti.

Being a strawberry blonde myself, I find the numbers to be dubious. I’m pretty sure women with red hair aren’t naturally more sexual. It’s more likely that red-haired women are accustomed to being thought of sexually, and are therefore more able to relax in the bedroom. Or, as Dr. Fisher pointed out in our conversation last month, red-haired women might get more attention in bed because red hair is rare and prized (hey, don’t hate the player, hate the game).

One thing’s for sure: our reputation leads men to creep extra-hard on redheads — often in a sleazy, sexually forward way. Even if we have the good sense to turn down the creeps who are trying to collect a lady in every hair color, all the attention might boost our confidence, and that can’t be a bad thing for the bedroom. Also, the study doesn’t specify whether the women they surveyed were natural redheads or not. If someone’s dying her hair red to fit into some kind of sex-bomb persona, odds are she’s going to be more sexually active, right?

I thought the issue would finally be put to bed, so to speak, as soon as the year’s Singles in America blog posts died down. Not so! It turned out Match.com was waiting until today to unleash a whole new slew of sexy redhead stats, which are posted below. Although we know what they were getting at, it’s pretty awkward that they released the numbers on St. Patrick’s Day — an incredibly un-sexy holiday that reminds many Irish Americans of either puking in a gutter, or eating corned beef and cabbage with their grandparents — to release the numbers. They’re obviously in on the joke, but the thought of a bro blog getting ahold of these numbers — “Redheads are officially the sluttiest slampieces!”  “Science says go for a redhead this St. Patrick’s Day and you won’t strike out!” — makes us cringe.

Here are the statistics:

Redheads have more orgasms than women of other hair colors

Redheads have had more threesomes than women of other hair colors 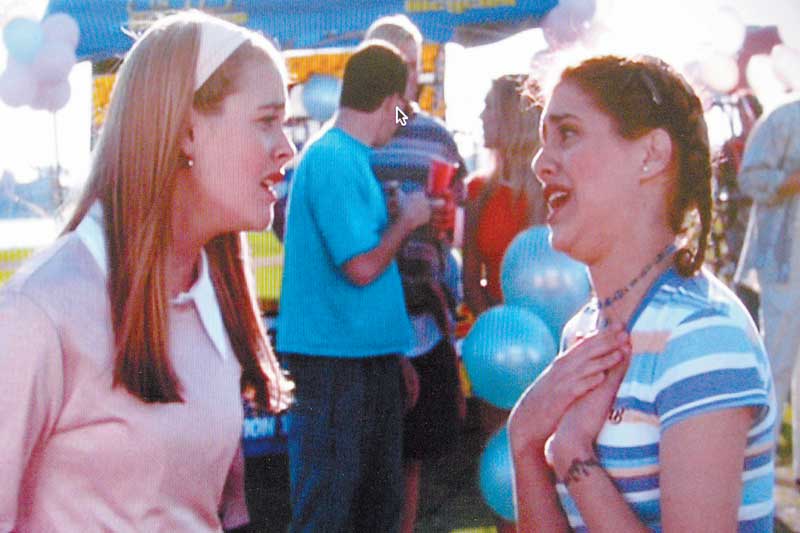