Mayor Bill de Blasio today held an emergency press conference to address the massive building collapse in East Harlem that he said has already led to at least two fatalities and 18 injuries.

Mr. de Blasio directly labeled a gas leak as the cause of the explosion.

“At approximately 9:30 a.m., there was a major explosion that destroyed two buildings. The explosion was based on a gas leak. The impact affected buildings around the two that were destroyed–very heavy impact on the surrounding buildings. Heavy fire has ensued as well,” said Mr. de Blasio.

Emphasizing that he only has “preliminary” information so far, Mr. de Blasio praised emergency responders who rushed to the scene.

“Once again we have been shown what our first responders are capable of doing under extraordinarily difficult circumstances. All of the agencies that responded … immediately secured the situation,” he said. “I want to thank the police, OEM, everyone who has been part of the operation already.”

The mayor further labeled the situation a “tragedy of the worst kind.”

“This is a tragedy of the worst kind because there was no indication in time to save people,” he said. “There will be a search through the rubble of the building as soon as the fire is put out looking for those who are missing.”

He declined to give an exact number of missing individuals. 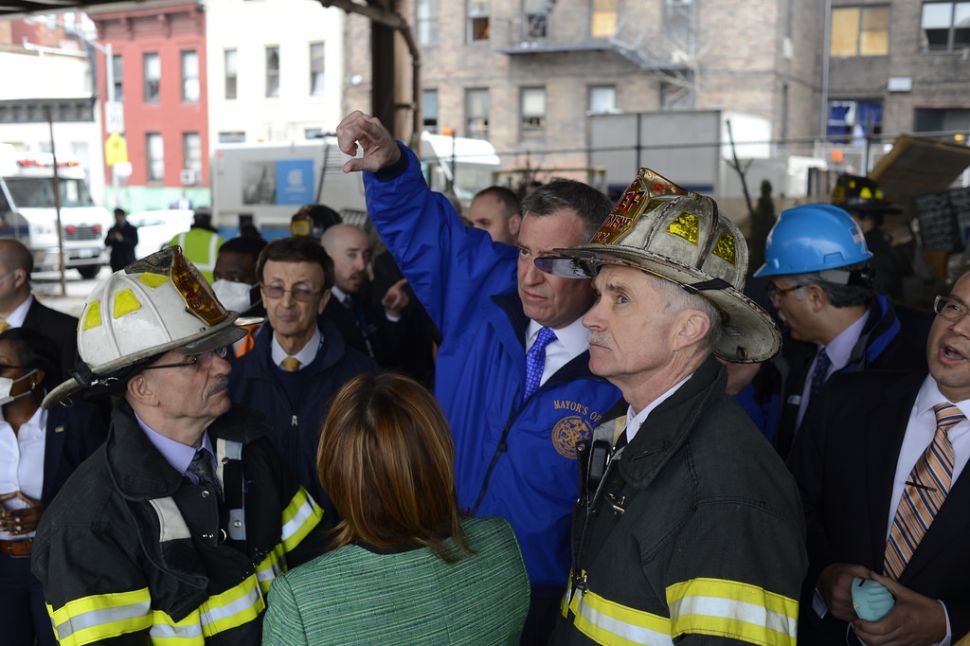