By netting the third party line, Mr. Grimm can win additional critical votes in what is expected to be a tight race against his Democratic challenger, former City Councilman Domenic Recchia, for the Staten Island and Brooklyn-based seat.

“Congressman Grimm has proven himself to be a truly independent voice for his constituents in Staten Island and Brooklyn.” Frank MacKay, the chair of the state party, said in a statement. “In an era of partisan gridlock and political gamesmanship plaguing Congress, Rep. Grimm stands out among the rest as someone who has worked across party lines to get things done, and his conscientious voting record demonstrates this much-needed pragmatism.”

Mr. Grimm won the party endorsement in 2012, but was booted off their ballot line for failing to file enough signatures. Mr. Grimm has also scooped up the Conservative Party line.

Democrats were privately hoping that Mr. Recchia would win the backing of the party, which observers say could be worth several thousand votes.

Third party lines are especially important in Staten Island, where President Barack Obama won in 2012 and Mayor Bill de Blasio lost in 2013, sources say. In past congressional elections in the district, Democratic votes have rivaled Republican votes, but relatively large totals on the Conservative and Independence Party lines have aided Mr. Grimm.

But even with the Independence Party’s support, Mr. Grimm faces a tough re-election fight. Mr Grimm is reeling from several controversies, including a reported federal probe into his fund-raising and his threat to throw a reporter off a balcony, and is up against an aggressive and well-financed challenger in Mr. Recchia. On Saturday, Mr. Recchia kicked off his campaign with the district’s Democratic establishment united behind him.

“We see day in and day out voters in Staten Island and South Brooklyn continuing to give an outpouring of support for Domenic’s candidacy because they want leadership that’s more than just talk. They want results,” said Ashleigh Owens, a spokeswoman for the campaign. “While Michael Grimm skips Sandy recovery meetings to attend Justin Timberlake concerts and creates a national sideshow by bullying and threatening reporters– Domenic is out there meeting and speaking with people about how we create jobs, rebuild and invest in modern transportation systems, and improve our schools. At the end of the day, voters are going to give their support to Domenic Recchia because his record proves that he can be trusted to fight and deliver results for them– something Michael Grimm has failed to do time and again.” 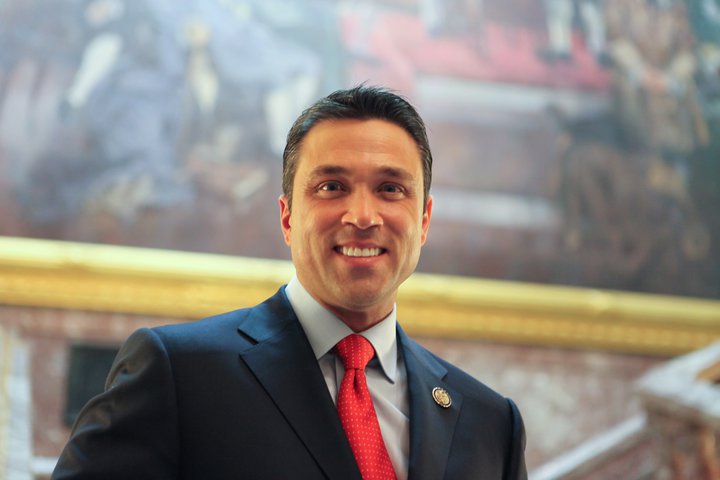