In its regular tracking of residents’ satisfaction with life in New Jersey, today’s Monmouth University Poll finds the current Garden State Quality of Life Index stands at +23.  This latest reading is slightly lower than the +24 index score in December and +26 in September.  It is higher than the +21 dip recorded last spring, after topping out at +30 in the feel-good aftermath of Superstorm Sandy.  The current index score marks a return to New Jerseyans’ quality of life perceptions three years ago.

A major factor is residents’ overall rating of the state as a place to live.  Currently, nearly 2-in-3 say New Jersey is either an excellent (15%) or good (48%) place to call home, compared to just over 1-in-3 who rate it as only fair (26%) or poor (11%).  This 63% positive rating is down by a statistically insignificant two points from December.

Most local evaluations have held basically steady.  Specifically, 70% of New Jerseyans currently rate their town or city positively, which is identical to December.  Also, 61% of New Jerseyans give positive marks to their local schools, which is up by just a single point since December.  Opinions of local environmental quality have increased by 4 points to a 73% positive rating.

One area of the Garden State Quality of Life Index that has seen a significant increase over the past month is safety.  Two-thirds (67%) of New Jerseyans give positive ratings to neighborhood safety, which is up 7 points since December but is similar to prior polls last year.

“Our quality of life index saw a big drop in April after a period of goodwill in Sandy’s immediate aftermath.  Since then we have seen a more stable middle of the road score in New Jersey residents’ perceptions of life in the Garden State,” said Patrick Murray, director of the Monmouth University Polling Institute.

The underlying demographic dynamics of the Garden State Quality of Life Index score have remained stable.  Residents of the Central Hills (+37) region score the highest while urban residents (+6) score the lowest.  New Jersey adults under the age of 35 (+23) or age 55 and over (+26) tend to score slightly higher than those between the ages of 35 and 54 (+21). 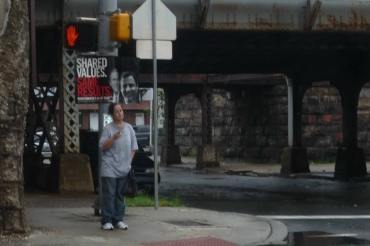