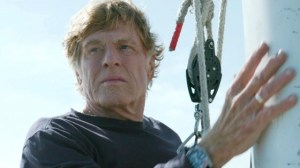 Was that Leonardo really worth $75 million? [NYT]

Here’s a ditty on Boy With Apple, the McGuffin of a Van Hoytl painting featured in Wes Anderson’s The Grand Budapest Hotel. [The Guardian]

The late Chicano artist Carlos Almaraz will get his biggest exposure at a 2017 LACMA exhibit, yet many of his key works remain missing. [LAT]

Damien Hirst says that he cannot remember his 20s. [The Guardian]

One of the four original copies of the Magna Carta is going to visit the U.S. later this year. [Los Angeles Times]

In case you missed it: “Rising Rents Leave New York Artists Out in the Cold.” [NYT]

“The Lindau Gospels, the pride of J.P. Morgan’s collection, is an important survivor of medieval religious and decorative art.” [WSJ]

“The Centre Pompidou’s curator Camille Morineau has organised a series of talks and hopes to one day create a ladies-only archive.” [The Art Newspaper]

Robert Redford will introduce his a performance art piece by his wife Sibylle Szaggars Redford at the National Young Arts Foundation in Miami. [Page Six]