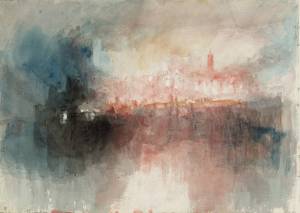 Hermann Nitsch talks finances. “Women have treated me generously,” he said in a recent interview. [Artforum]

A cataloger at Tate in London has discovered that J.M.W. Turner’s watercolor series “The Burning of the Houses of Parliament” actually depicts a fire at the Tower of London. [The Art Newspaper]

If you find yourself in L.A., here’s a guide to the spring arts offerings out there. [Los Angeles Times]

“Why Franco was good for Spanish art.” [Daily Telegraph]