The New York Post got a preview of tomorrow night’s Law & Order: SVU, where Alec Baldwin plays a journalist for a city tabloid  that looks a lot like Mr. Baldwin’s least favorite publication.

Sounds fun, right? Not according to the Post: “watching him act out his skewed perception of a superstar newspaper columnist is just . . . sad. And weirdly disturbing on several levels.” (New York Post)

An Los Angeles Times reporter developed a bot to break news for him, which is a great set up for a science fiction movie. (Nieman Lab)

CNN found a way to boost failing ratings: 24/7 coverage of a jet that disappeared. Not sure it’s exactly a sustainable model, but the network can deal with that when details are found or viewers start to lose interest, if either of those things every happen. (The New York Times)

New York Times publisher Arthur Sulzberger Jr. made less money in 2013 than in 2012, but he still made a lot. (Capital) 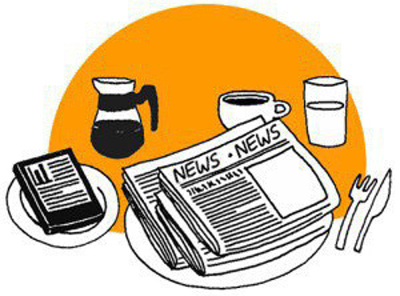