Speaking of Time, Inc. cost saving measures, the publisher is considering moving downtown. For many media companies, downtown is the new midtown. (The New York Times)

Conde Nast editors get their floor assignments for the new headquarters at 1 WTC. Graydon Carter will be on the 41st floor, which, according to Keith Kelly, means that he “is the editor closest to God.” (New York Post)

Conservative books aren’t selling like they used to. (BuzzFeed)

Meet the Press host David Gregory knows what everyone is saying about him. (Huffington Post) 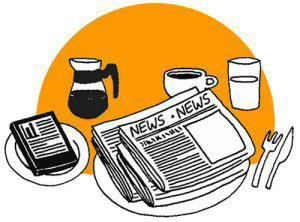