Just leave the Upper West Side, basically. (Screengrab via Split)

The worst part about breaking up with someone is often running into them in public afterward. Do you pretend not to see them? Do you act like the bigger person and initiate a friendly conversation? Or do you passive-aggressively tell them all the amazing things you’ve got going in hopes that they feel inferior after you walk away?

A new app is trying to erase all these questions by eliminating unwanted encounters with exes — or with anyone you don’t want to see. Called Split, the app lets you select who you want to avoid seeing in public. Split then combs Foursquare, Instagram, Twitter and Facebook for you, alerting you to where the undesirables are lurking. It also, perhaps inadvertently, will enable users to keep tabs on the ones they want to bump into.

Split tells you where your enemy is hanging out, who he or she is with, and which areas of town are “danger zones” where your exes hang out often. It also alerts users if the people they’ve selected are planning to turn up at events the user is attending. And users can enable the “off the grid” function to avoid being detected by others for up to 90 minutes, in case they want to sneak up on their ex or something, we guess.

While it’s nowhere near as creepy as giving your significant other an iPhone loaded with surveillance software, the whole thing is pretty sneaky. It’s contingent on your nemeses leaving their profiles public, or being friends with you on social media. CEO Udi Dagan tells Betabeat that Split can’t be used for stealth social media stalking, per se, because it only uses public information that people have already posted online.

“It doesn’t provide new information that would, in your example, help you ‘stalk’ someone,” Mr. Dagan said in an email.

The app is useful even for people who have good relationships with their exes, they said, because nobody wants to run into an ex on a first date, for example. Split also points out that the app can be used to avoid your parents while out on a date, and any number of other awkward scenarios.

Split definitely sounds useful, and even fun. But it’ll certainly make us think twice before we check into a bar on Facebook ever again. It’s currently available on iTunes and Google Play. 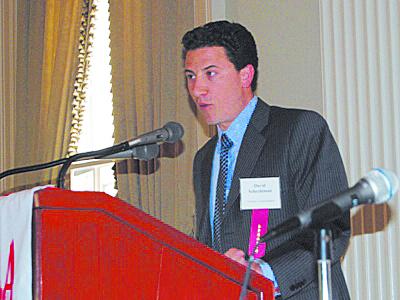