Mayor Bill de Blasio has the lowest approval ratings of any citywide elected official, according to a new poll this afternoon, which also shows a wide racial divide in his approval rating two-and-a-half months into the new administration.

Forty-five percent of New York City voters approve of the job Mr. de Blasio is doing and 34 percent disapprove, according to the Quinnipiac University poll.

That’s a down from 53 to 13 percent approval-disapproval two months ago, and a higher negative rating than City Comptroller Scott Stringer’s 52 to 12 percent, Council Speaker Melissa Mark-Viverito’s 41 to 15 percent rating and Public Advocate Letitia Jame’s 44 to 16 percent.

Mr. de Blasio’s approval is also significantly lower than his predecessor’s rating at a similar point during his first term; Michael Bloomberg notched 62 percent at the time.

“After an uneven first couple of months in office, only so-so numbers for New York City Mayor Bill de Blasio as he prepares to confront the media at Saturday’s Inner Circle show,” pollster Maurice Carroll said in a statement released with the tally.

“Mayor de Blasio’s overall job-approval numbers are off a bit, but still positive.  And he gets solid marks on the standard pollster traits – leadership, honesty and understands people’s problems,” he added. “But his hand-picked police commissioner, William Bratton, and his fellow city-wide elected official, Comptroller Scott Stringer, both out-score him.”

The poll of 1,234 registered voters, conducted from March 12 through 17, has a margin of error of plus or minus 2.8 percentage points. 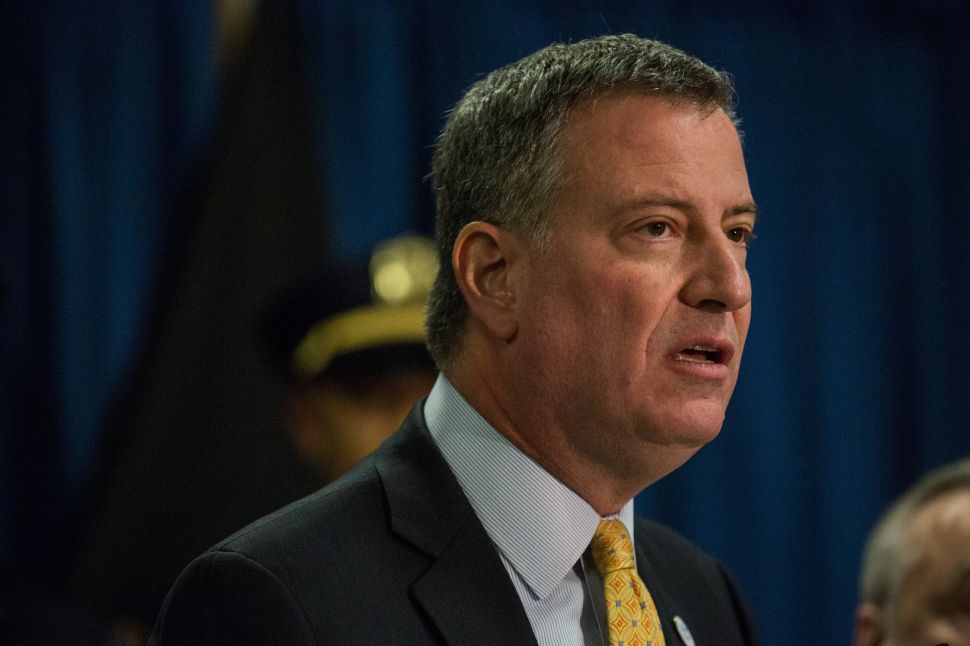