It’s hard being a not-white guy in a writers’ room. Most shows, especially those of a certain famous variety/late-night kind, have struggled with employing just one woman OR person of color, let alone something as scandalous as a black woman. (Late Night With Seth Meyers made headlines when it became the first night time talk show to do so. And that was … what? Two months ago?) And we all know how hard it is to even have writing rooms for television in New York, because the state tax credit doesn’t include the salaries of the people who write the shows.

Well, thanks to two new bills currently gaining traction in Albany’s assembly and senate, New York may become the first state to incentivize adding diversity to a production’s writing staff.

The bills, A7373 and S5370, would modify the existing production state tax credit, so that certain New York writing income would qualify as an eligible expense. A company would have to employ women or people of color, and a portion of their New York salaries would qualify for the credit, which hasn’t been the case previously. It’s capped at $50,000 per writer, and an overall expenditure of $3.5 million a year.

“In a $420 million credit, it’s sort of a drop in the bucket, but we think it’s important as a way to diversify writers’ rooms in New York,” said WGAE executive director Lowell Peterson.

According to the press release:

African American legislators in the assembly supporting the bill include Keith Wright, Herman Farrell Jr, Karim Camara, and Carl Heastie. Assemblywomen supporting the bill include Deborah Glick, Ellen Jaffee. Linda Rosenthal, and Joan Millman. Also, all three conferences in the Senate are represented in sponsorship of the legislation, including Kemp Hannon (Republican), Diane Savino (Independent Democrats), and Liz Krueger (Democrats). The bills are supported by the New York State AFL-CIO and New York Women in Film and Television.

The New York State budget is being hashed out as we speak; we should know by the end of the month–when the budget is due–whether or not the the tax credit will be modified. 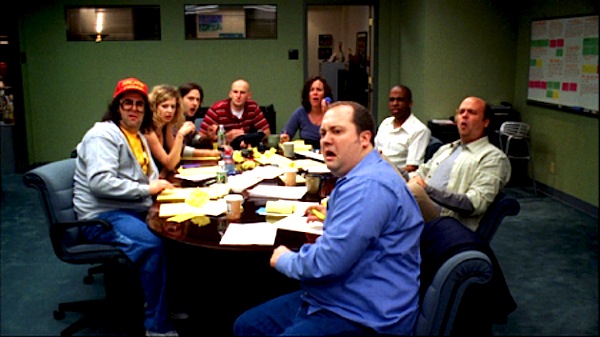