The question of whether Newark will remain the Garden State’s largest city was at the heart of Jeffries’ mayoral campaign offensive. Jeffries specifically pointed to Fulop’s comments during his State of the City address last Thursday.

“Jersey City will be the largest city in New Jersey by the end of 2016,” Fulop said during his address last week.

“For me, we now know the true motives of the mayor of Jersey City’s endorsement of my opponent, Councilman Baraka, which is to take Newark backward, and not forward,” Jeffries said at a Tuesday afternoon press conference at his campaign’s Central Ward headquarters. “Today, I am calling on Councilman Baraka to refuse Fulop’s campaign support, financial or otherwise, and put Newark’s families first for a change. Nothing short of a full denouncement of Fulop’s political agenda at our expense is acceptable.”

“[Fulop] said that the level of murders [in Newark] is a big reason that he believes that that there will be more development and more growth in Jersey City. In the South Ward, we’ve seen murders skyrocket by 70 percent,” Jeffries said. “That suggests that Mayor Fulop isn’t committed to the growth and progress of the city of Newark. I call upon Councilman Baraka to completely repudiate any support coming from Mayor Fulop.”

Democratic sources have told PolitickerNJ.com that Fulop is also contributing $200,000 from his campaign coffers to the Baraka campaign.

“Shavar is a smart guy who is saying desperate things,” said Bob Sommer, Fulop’s senior advisor. “Mayor Fulop’s family has been in Newark for 40 years and they are still there every day. Of course we want both Newark and Jersey City to succeed, which is why the mayor has endorsed Ras.”

“Shavar Jeffries is hypocritical and will say anything to get attention. Not too long ago he sought the support of Mayor Steve Fulop and Governor Codey,” said Baraka campaign communications director Frank Baraff, referring to Codey’s endorsement of Baraka last month. “Today, he calls them political bosses. Everybody but Shavar Jeffries knows that Codey and Fulop are reformers who are leading the fight against the political bosses in our state. So, it is no surprise that Governor Codey and Mayor Fulop ultimately went with the candidate that best represents the interests of Newark families. We are very glad to have the support of Mayor Fulop and Governor Codey. We look forward to building an alliance with Jersey City to strengthen the economy of our region.

“Newark is a City on the move and Ras will continue to build upon the movement that he has created. Ras has dedicated his life to building a broad-based movement to transform Newark.  Ras is bringing together business and labor, the philanthropic community, colleges and universities, community activists, parents, students and educators to solve Newark’s most difficult problems.” 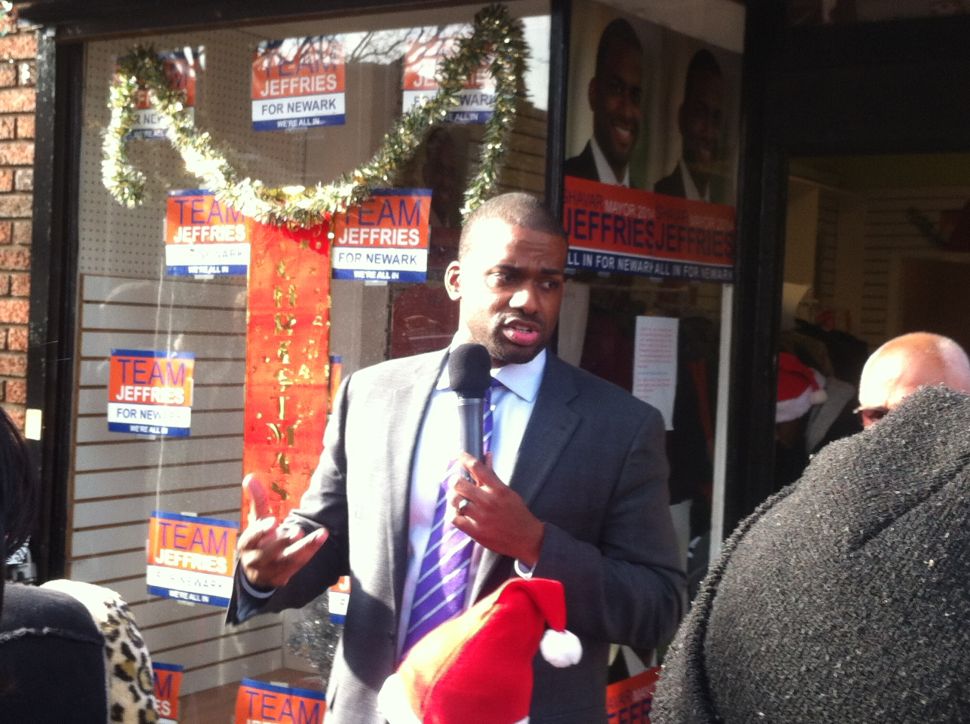